In the big market of ultra wide angle lenses, two brands are getting a lot of attention: Venus Laowa and Irix Lens.
In the last weeks I had the chance to test the Irix 15mm Firefly, the "plastic" version of the 15mm Blackstone; so I packed it and brought it with me on Giglio Island (the pearl of Tuscan archipelago), to see how it performs on the field. And what better way to test it than to compare it with my Venus Laowa 15mm Zero-D?!

I had the chance to test this nice lens, in Nikon mount; yes, because I have to underline that at the moment Irix does not release any lens with Sony E mount: "only" Canon EF, Nikon F, and Pentax K. But it's not a great problem, because with my Sony A7R I can use any lens, with a cheap adapter ring.
As mentioned, I got the Firefly model; the manufacturer states that Firefly and Blackstone are identical in optical construction: the differences are in the weather sealing, outer materials and other small (but very nice) details. You can have a look at here.
The lens is quite big, not to heavy (I think because I got the plastic model) and very well designed. The size of the front thread is quite impressive. It is a manual focus UWA, and in my opinion the best situation to use it should be nightscape photography.

As soon as you open the box, you will appreciate a lot of small details: the stylish design (also the rear cap is very "trendy"), the outer finishing, and the sturdiness are the mail point. But there are some little things that it is impossible not to mention:
* the little window in the hood, for rotating the polarizer without dismounting the hood itself
* the infinity click: the focus ring will "click" in infinity position. Very useful in dark conditions
* the focus lock: it is possible to lock the focus ring once you focused correctly, just to avoid unwanted changes
* the hyperfocal scale, useful if you are used to shot with hyperfocal distance technique

There are some differences between Venus Laowa and Irix lenses, and I'll try so summarize them for you here:
* Aperture: Venus is f:2, Irix is f:2.4. Venus wins.
* Blades: Venus has 7 blades, Irix 9. Irix should have a better bokeh.
* Weather resistance: Irix claims to be weather sealed, Venus states nothing about it. Irix wins.
* Front thread: Venus 72mm, Irix 95mm. Both good, but Venus wins.
* Weight and dimensions: Venus 500g and so damn small, Irix between 581g and 680g (depends on the model and mount). Venus wins.
* Mounts: Venus only E Mount, Irix Canon, Nikon and Pentax. Irix wins.
* Price: Irix is cheaper, even if we consider the Blackstone version

Testing this nice lens on the field was great: the sturdiness is really a pleasure, when it comes to handle the lens mounted on the camera! The focus ring is nice and smooth, and the size of the lens is big, but not too big even on my Sony mirrorless A7RII.

But before going straight to the point, let me share with you some general consideration:
* the hook is removable, and it is a great thing for filter-addicted photographers. But the filter threat is 95mm! it implies you can't use 100mm square filters, you have to buy a 150mm filter system, with an adapter. In my opinion, this is a problem, because (if you do not already own them) it is very expensive to buy a new 150mm filter kit...
* you can also decide to use the gelatin filters on the back of the lens, but I heard that these filters are not very good, very easy to scratch, and moreover it is not possible to use GND filters.

Speaking about "problems" I had:
* the infinity click on my copy was not precise at all. I always focus manually, and I found a not-so-little difference between the real focus and the click on the ring. I heard that it is a common problem... It could be fixed, but there is no manual to look for instructions on how to do it..
* the hyperfocal scale is not precise. Not a big problem (it is a very common problem indeed, with many other brands!)
* the rear cap fits not so tight. Not a problem, but I understood why there is a spare cap in the box... ehehe
* the most important problem: the Irix lens heavily suffers from a sun flare problem.

Ok, let's go to the point: how do these great UWA perform in real life scenarios?
Here you can find 2 shots I took in Isola del Giglio (the place is Punta di Capel Rosso) during the golden hour. The sun was low on the horizon, but not completely set.
Below the 100% shot. On the left, the one taken with Venus, on the right, the Irix one. Of course you can hardly see any difference with this shot, but you can already notice that there is an appreciable difference in focal lengths (Irix seems a bit longer, maybe 16mm) 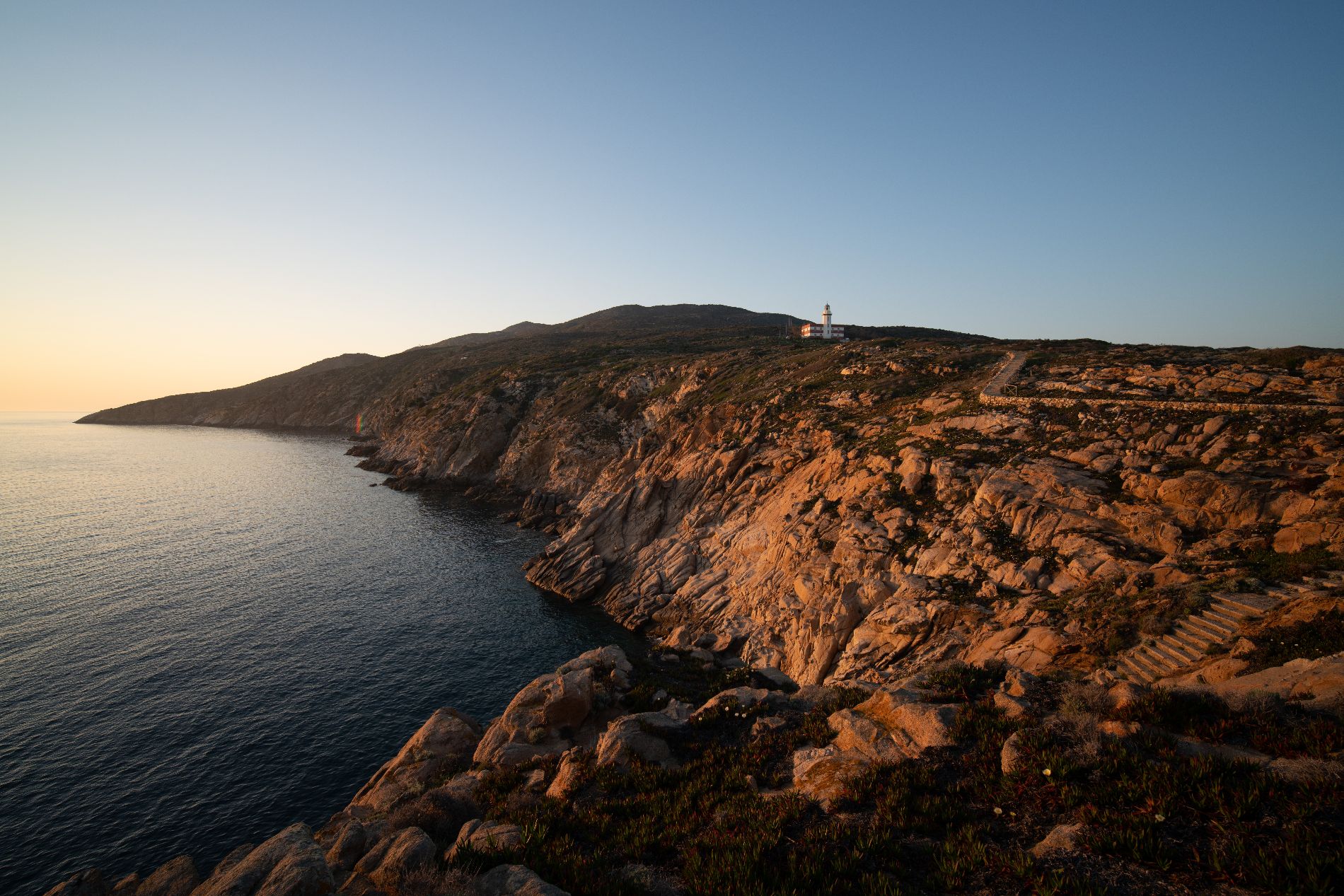 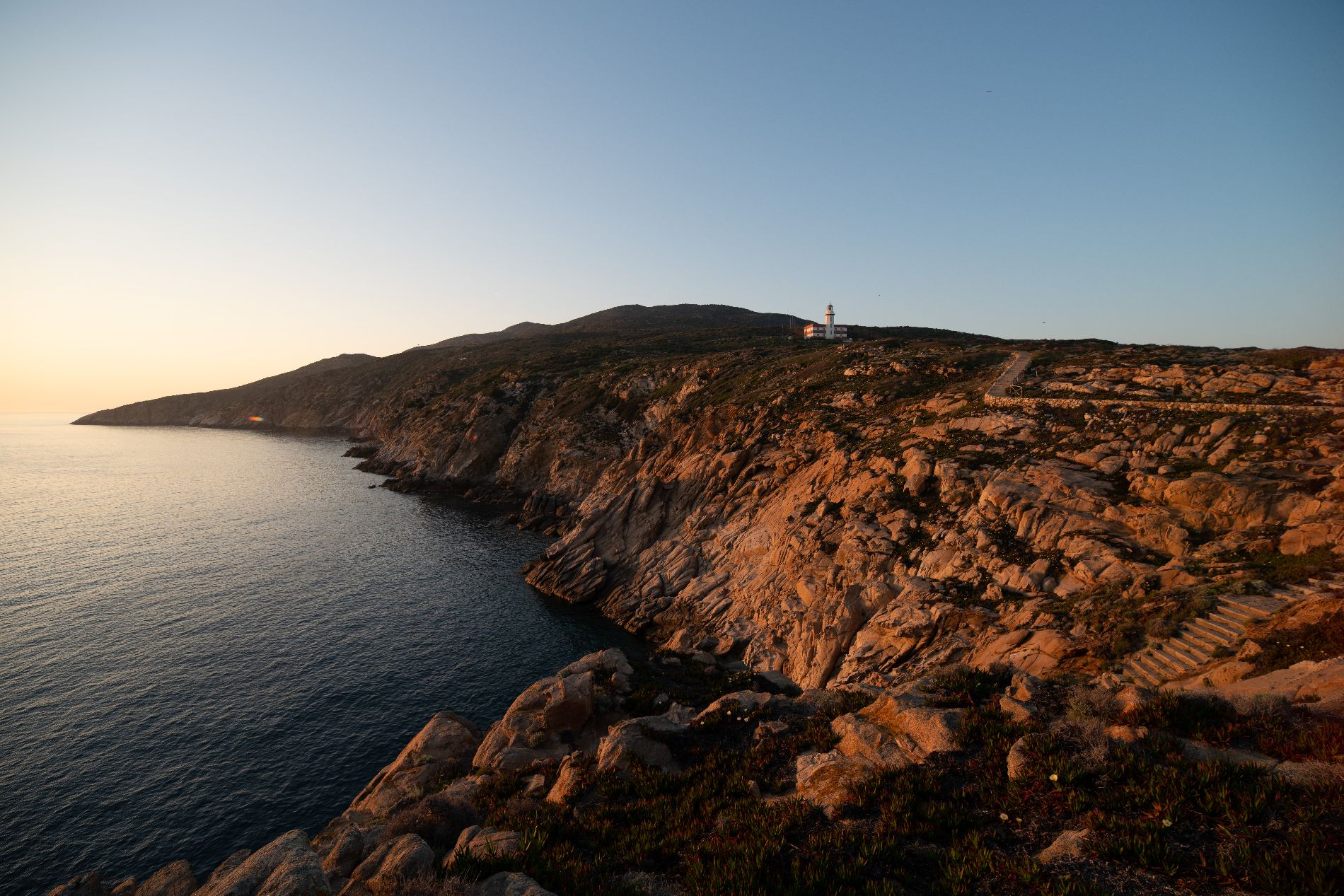 The other thing you can clearly see is that both pictures have some flares, but let's keep it for later...

I wanted to see the quality difference between Venux and Irix, shooting both at wide open and at the sweet spot (here I went with f:8). I heard that Irix is "certified" for 50MP images, but at the same time they have well-known problems in quality control (many lenses are reported to be decentered). 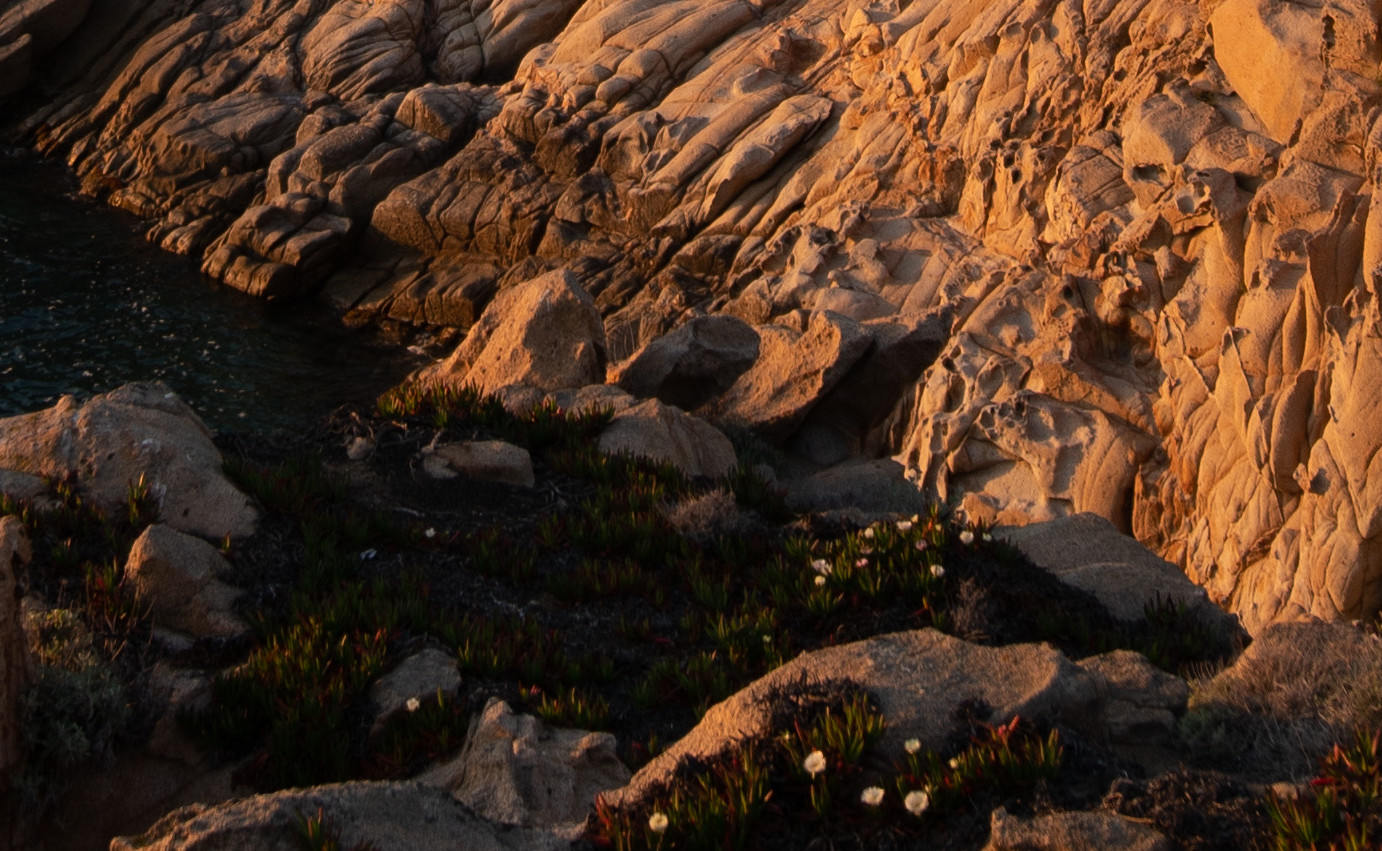 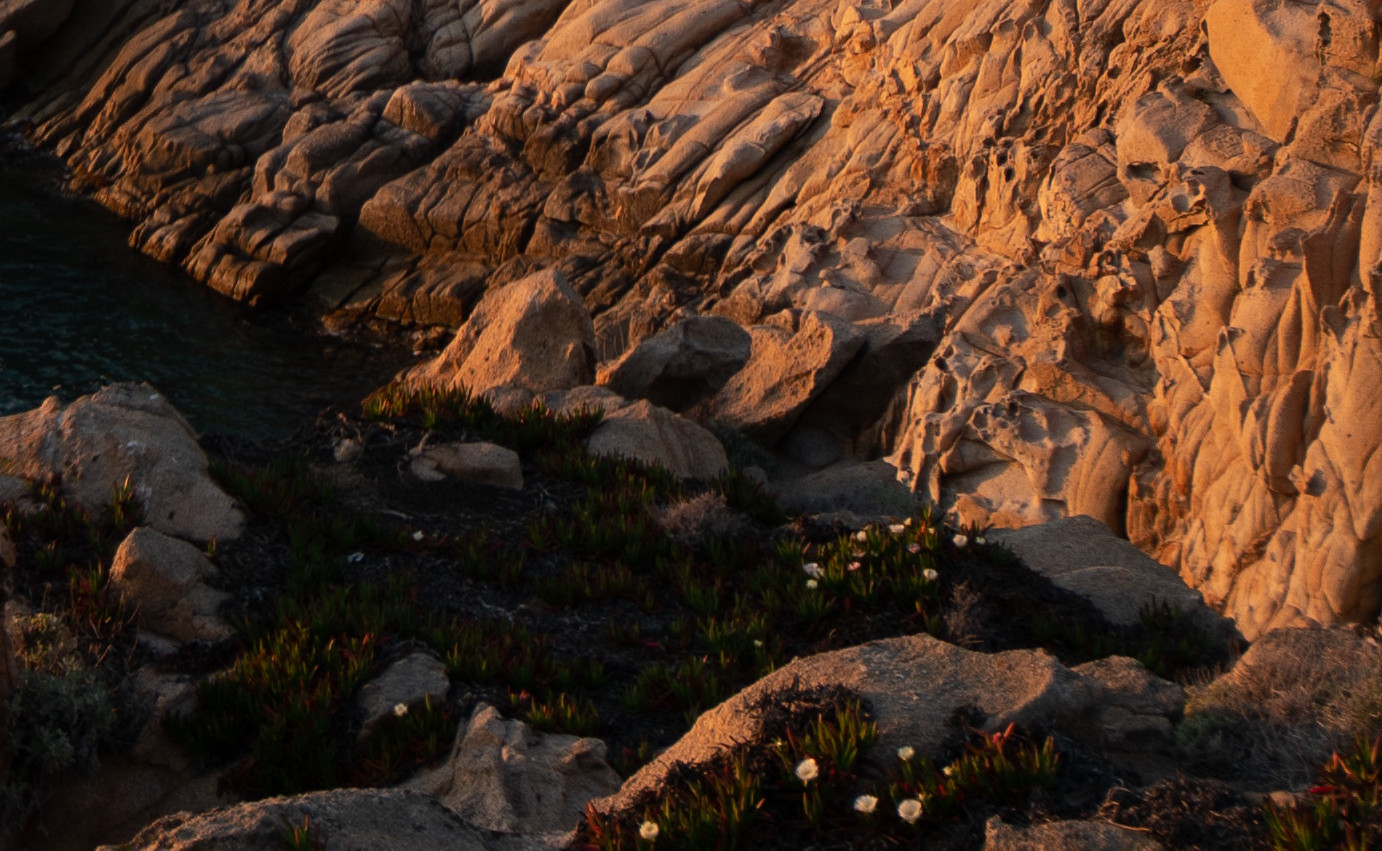 As you can see, the difference is little. Probably the Irix seems a bit sharper (but we have to consider also that at wide open Irix works at f:2.4, and Venus instead at f:2, so a small difference in focus point can cause an appreciable difference in sharpness). Moreover, we saw that the Irix is a bit longer, so I expect a bit more details...
The real difference can be seen looking at the edges: below a 100% crop of the ladder (Venus on the left, Irix on the right): 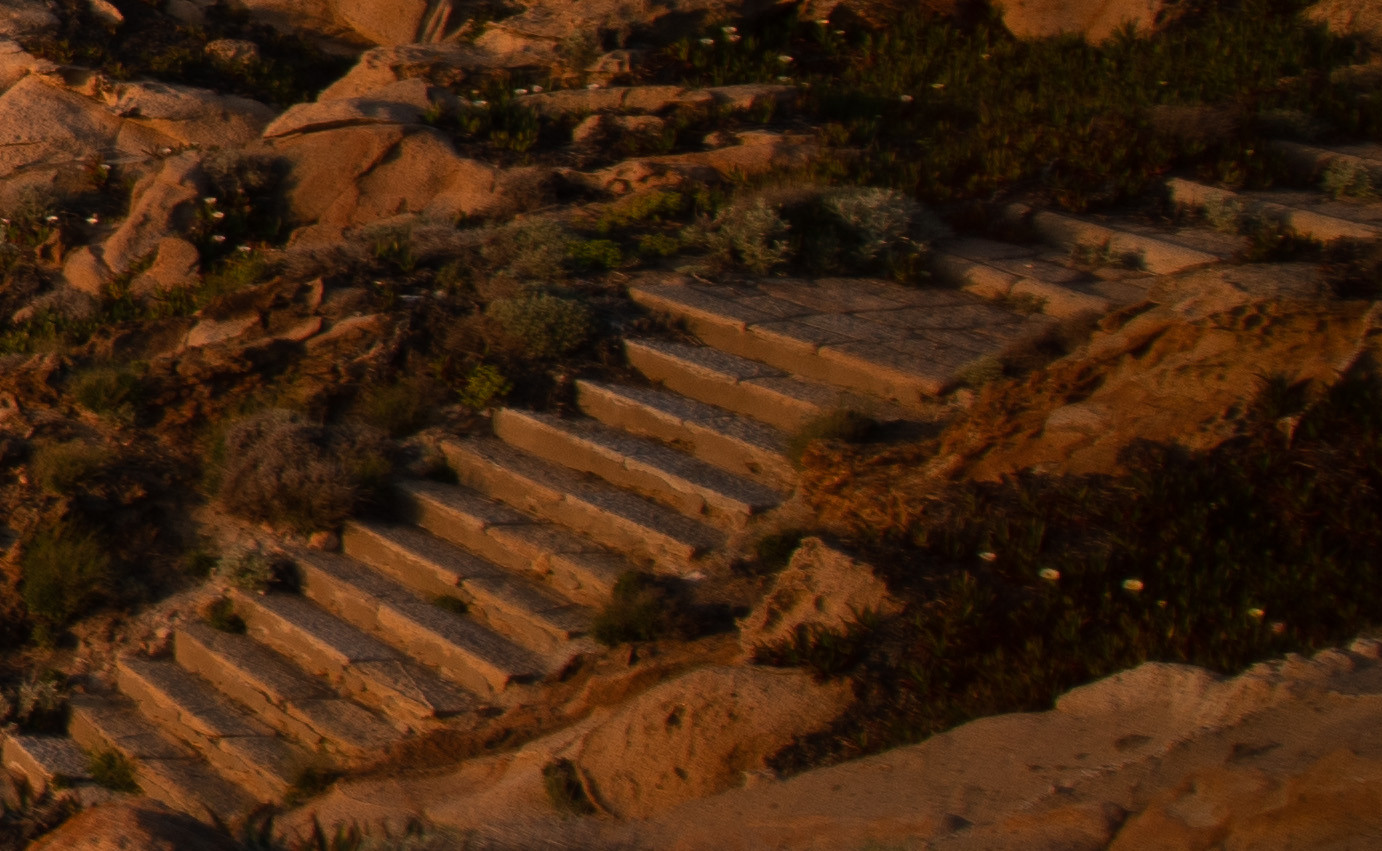 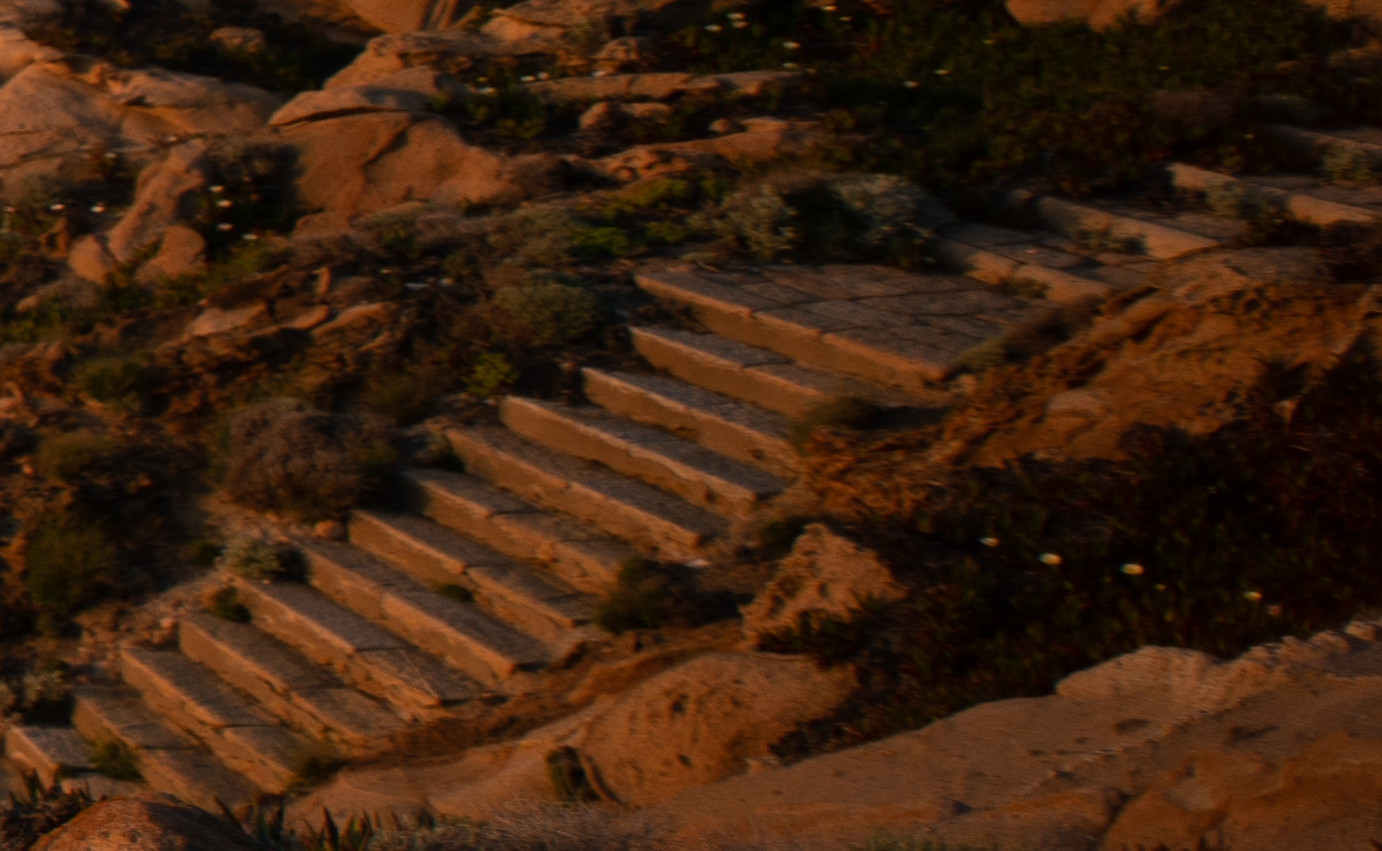 Here it is clear that Venus 15mm Zero-D is really sharper (even at f:2).

Let's see the same shot, taken at f:8 for both the lenses. Below the 100% crop of the center area (Venus on the left, Irix on the right): 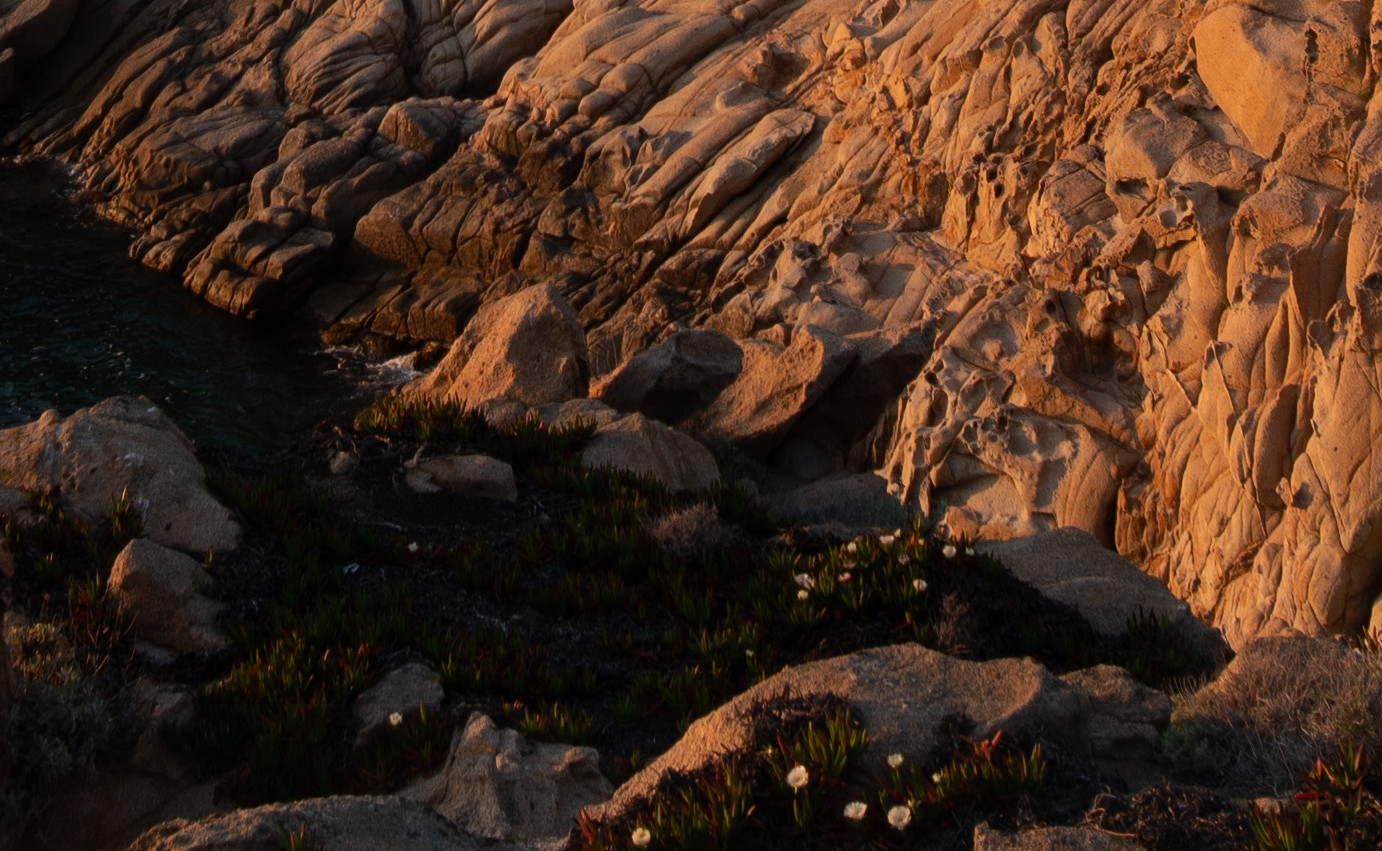 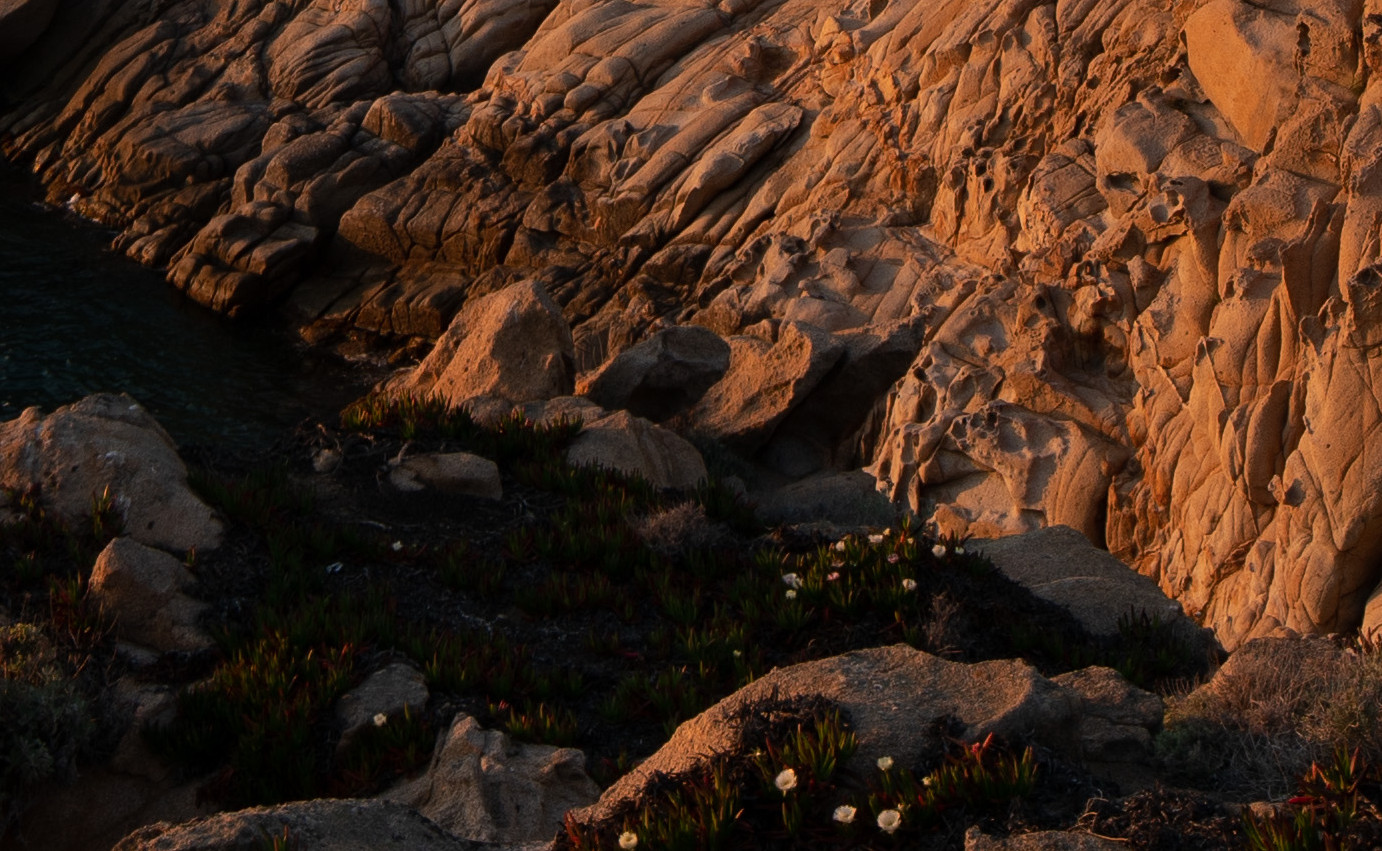 Here the difference is more evident: Irix is sharper than Venus Laowa. Let's see what happens on the corners (Venus on the left, Irix on the right): 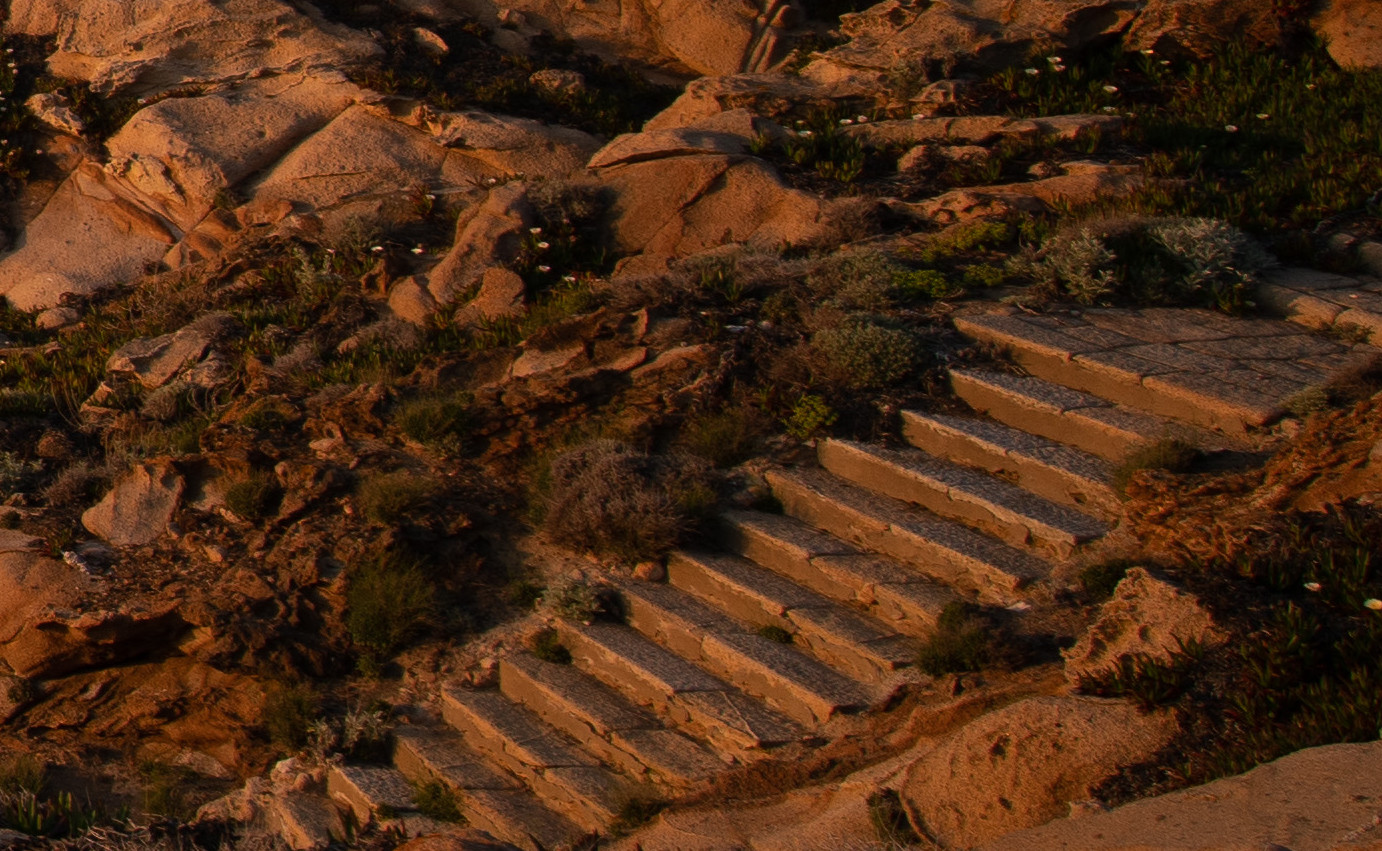 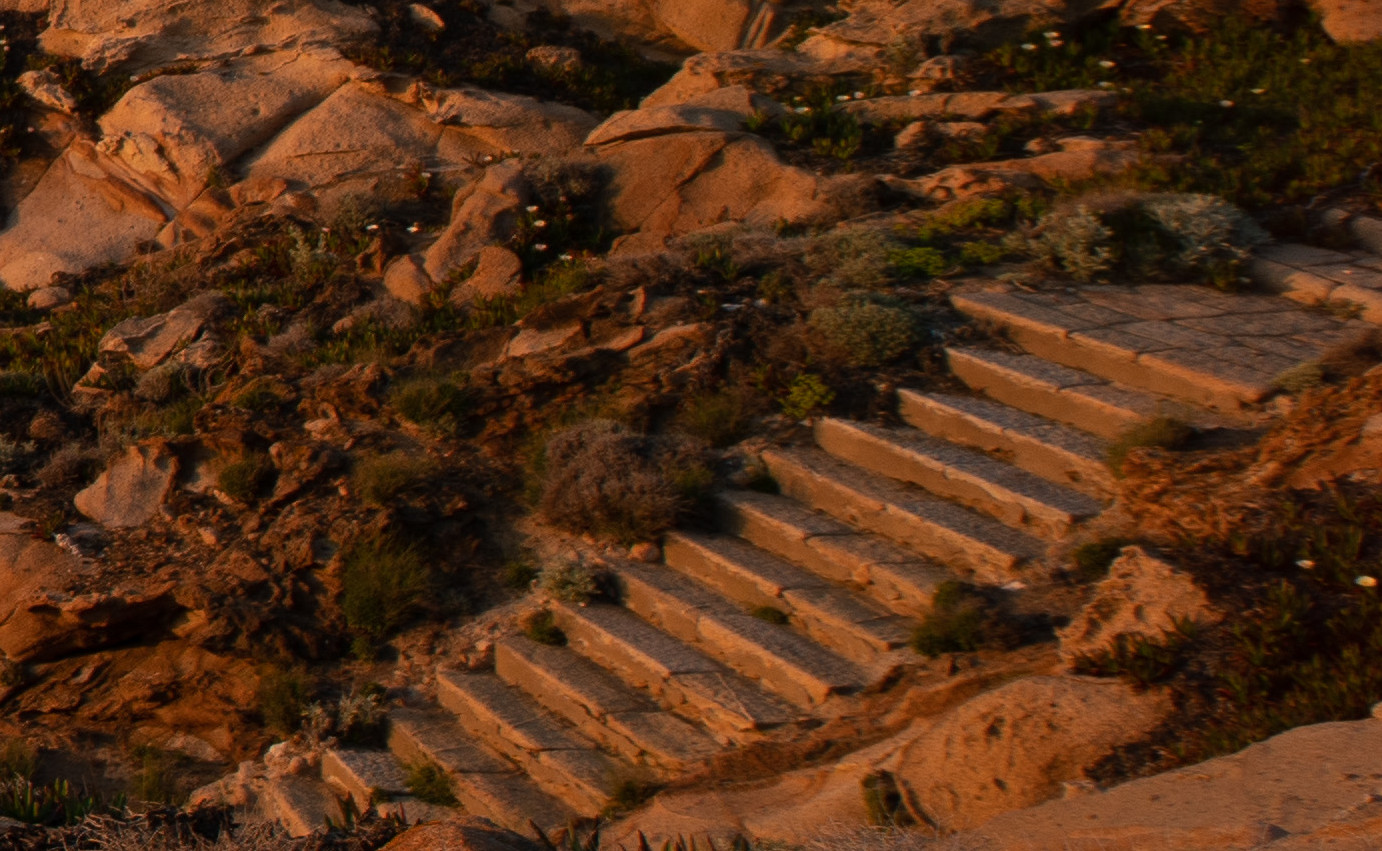 Again, on the corner the behavior is exactly the opposite: Venus is much sharper than Irix.

Conclusion: Shooting at f:8, we still find that Irix is sharper on the center of the frame, but the image quality drops dramatically on the edge (where Venus is much better). We can say that Venus is uniform over all the frame, while Irix is great in the center, but not so good near the borders.

From this shots I cannot say if the behavior of Irix 15mm is due to decentration, or if it is a sharpness fall due to construction. I had no chance to do additional tests...but from what I read online the first option is very likely to be the right one.

As already mentioned, in the above shots both the lenses show flares due to the sun rays. Below you can see an enlargement (as always, Venus on the left, Irix on the right): 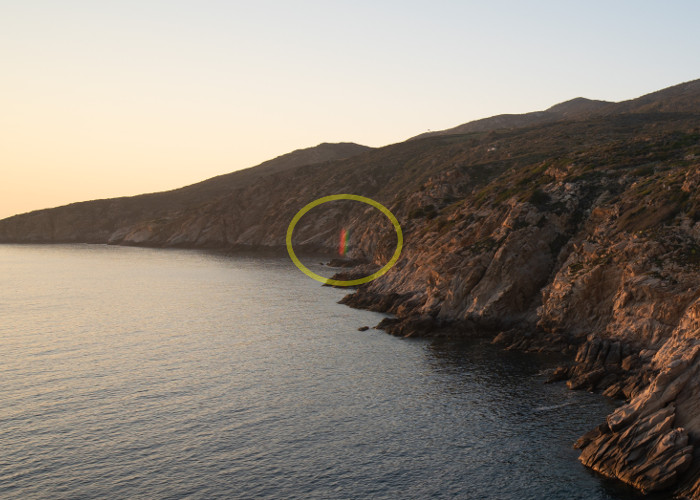 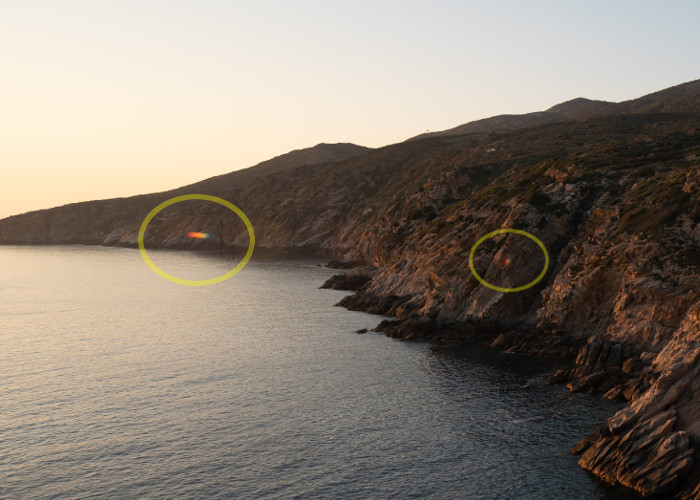 The 2 shots were taken with a difference of about 5 minutes, Venus first. Even with the sun lower on the horizon, Irix presents more flares. So, **none of the 2 lenses is flare-free, but from this test seems that Venus performs a bit better. **

This is, in my opinion, the best use case scenario for these lenses: because they are fast, and they are ultra wide. What a perfect choice for a starry sky!!
We know that, for nightscapes, the real "problem" is coma: this kind of aberration creates distorted off-axis stars.
Let's see how these two great UWA performs under the milky way. Here we have the same shot of Capel Rosso lighthouse, 12800ISO, 15sec. Venus, again, is on the left. 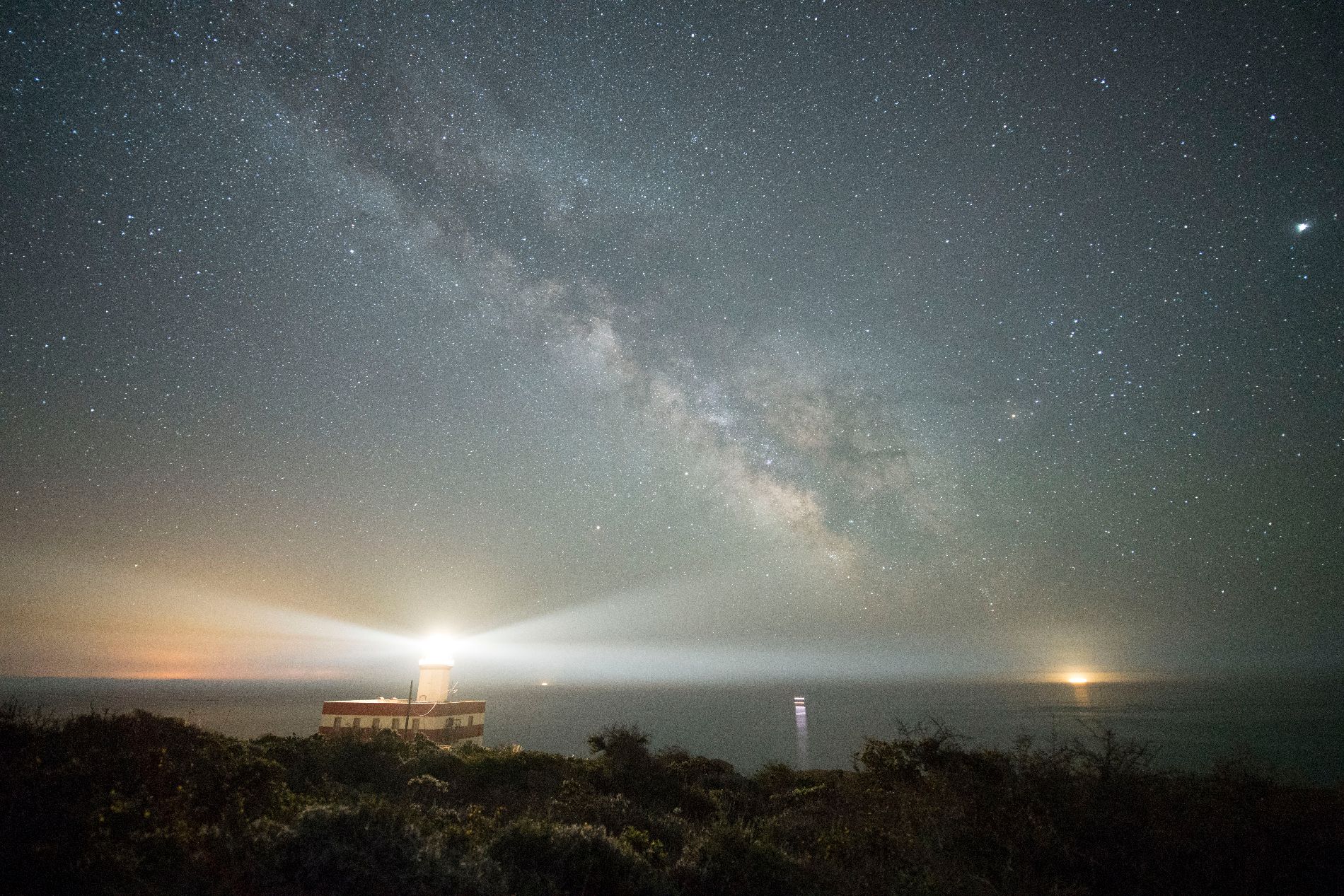 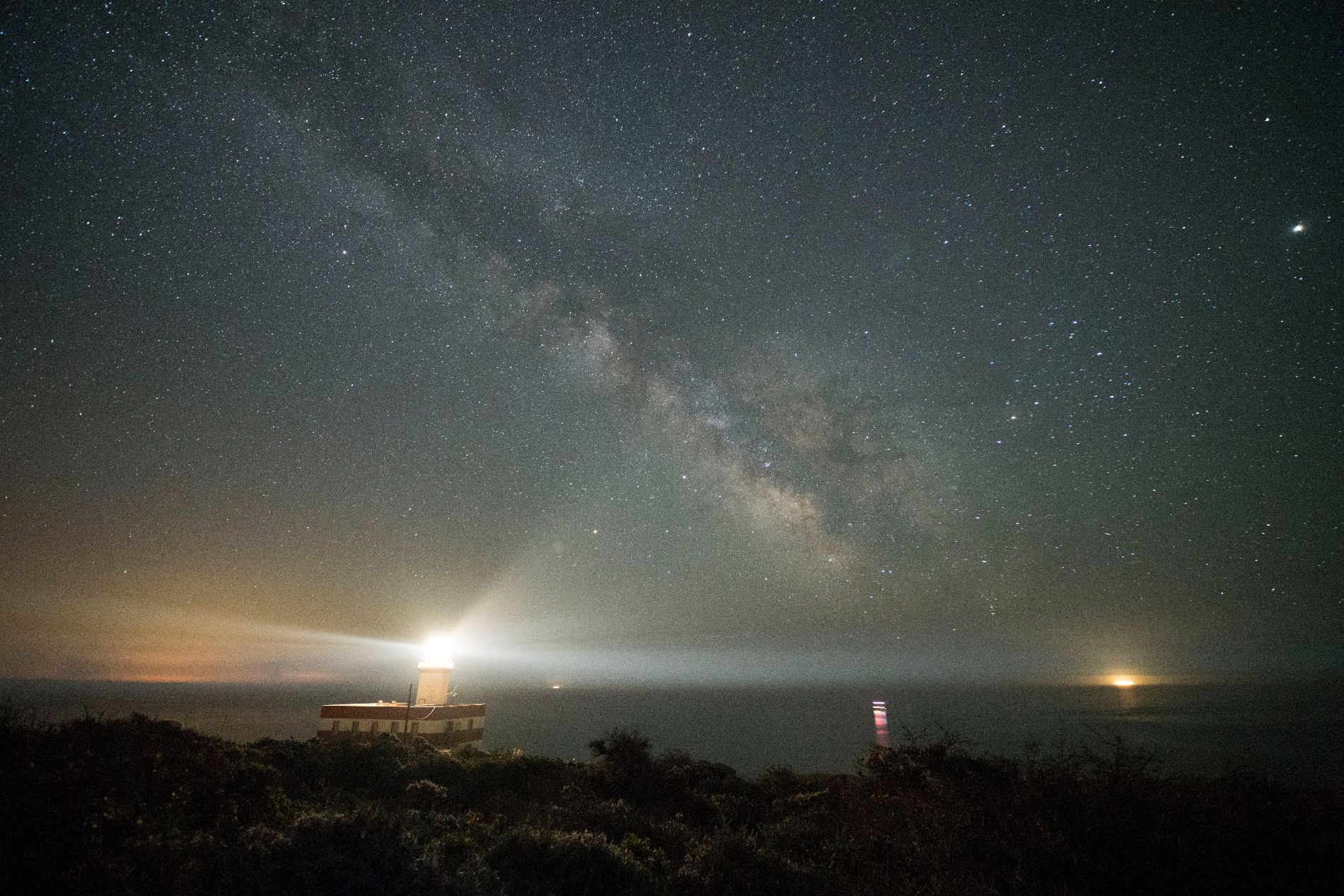 Obviously the difference in brightness is important: here we can see how faster is Venus Laowa, compared to the Irix 15mm. In the next shots I tried to equalize the exposure, to make a better comparison.

Below a 100% crop of the milky way core, nearly in the center of the frame. Venus on the left. 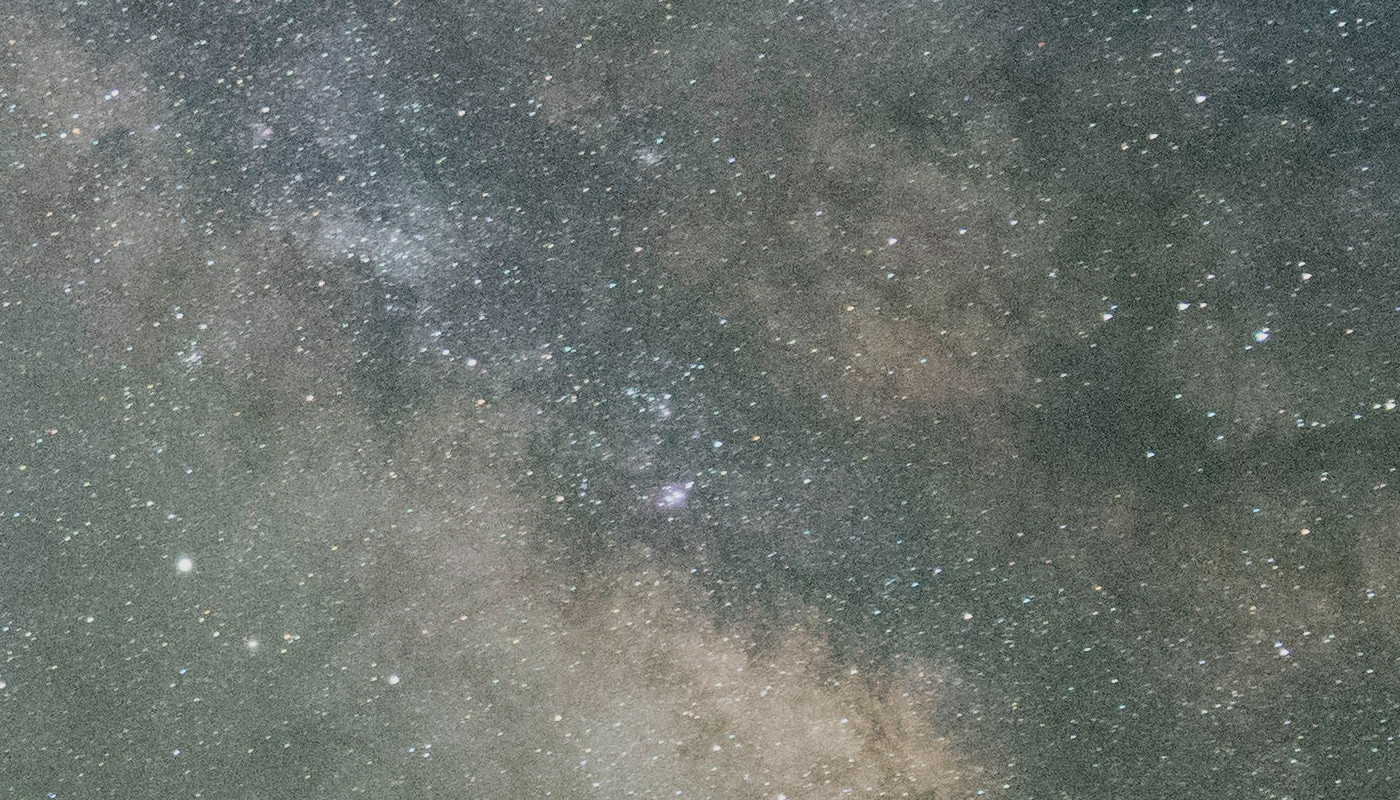 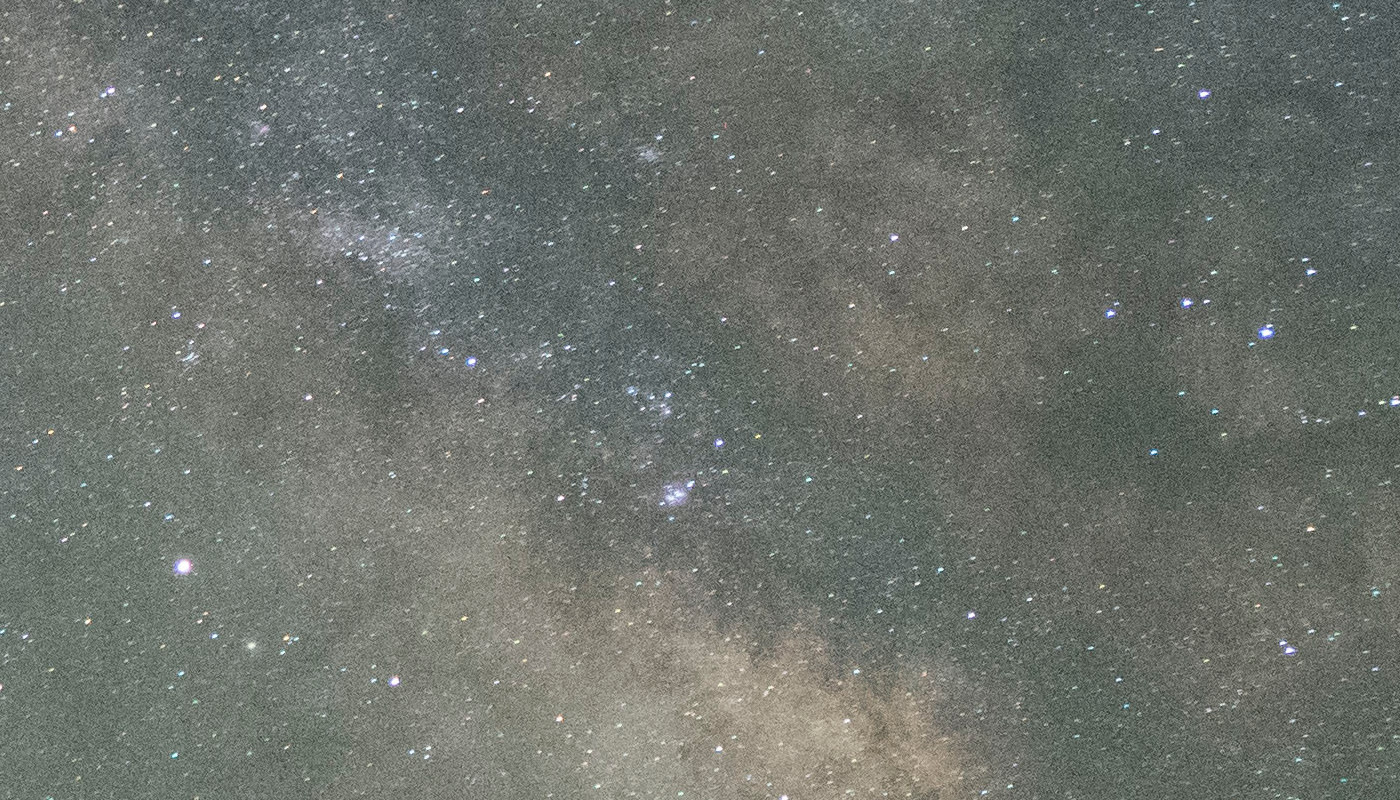 Two main things to notice:
* the Irix is sharper (hope it was not my fault in focusing with Venus Laowa.. but I don't think so, the shots above suggest it is really a bit sharper)
* Venus Laowa has a better contrast

In the center of the frame, coma is more or less equal (in Venus probably it is "hidden" by the lower sharpness).
Let's see what happens at the corners... Below a 100% crop of the top left corner, Venus on the left 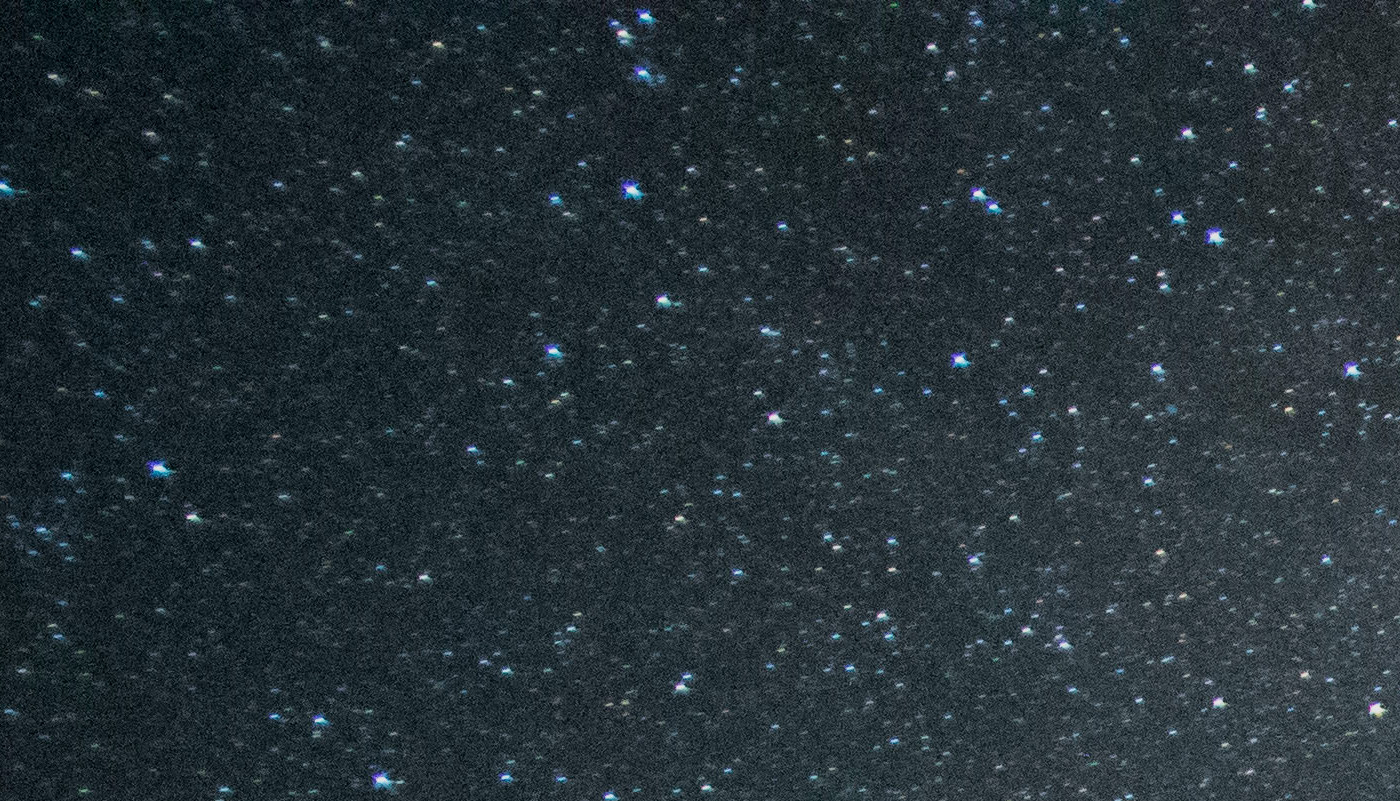 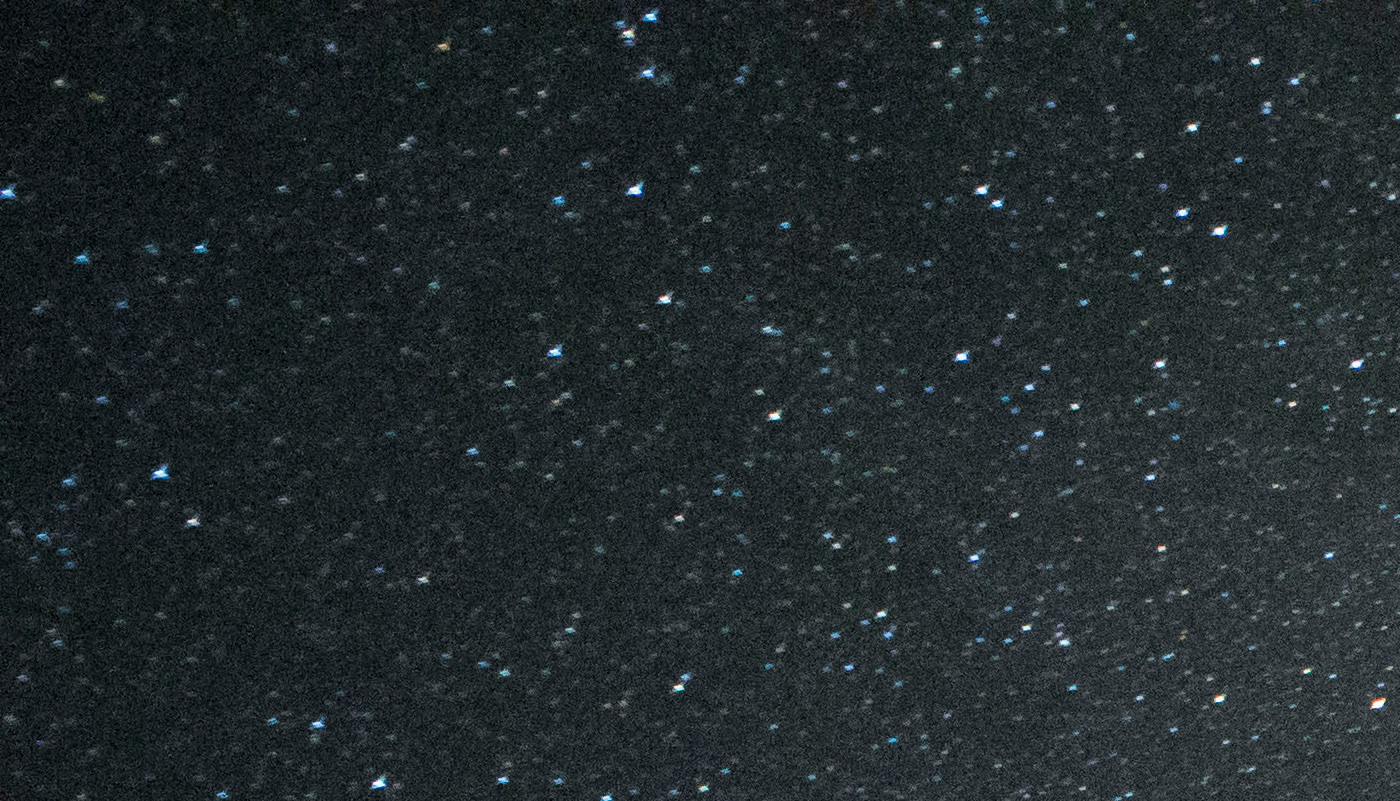 Here we can appreciate the difference: **Irix performs absolutely better at the corners, with lower coma than Venus. **
As always we have to remember that we are comparing a f/2 shot (Venus) with a f/2.4 (Irix), and this could make a lot of difference. It's a shame, I didn't have time to make the test with the same aperture....

It is very important to clearly clarify in advance that we are dealing with two great top-quality lens! As soon as you touch and operate both of them, you will be impressed by the sturdiness, the building quality, the materials.

Venus Laowa 15mm Zero-D is a lens that keeps a traditional "approach": the real value of this lens is in the construction, in the quality (homogenous over all the frame) and in the (nearly) total absence of distortion. There are some nice things too, like the mark for the entrance pupil (priceless for panorama stitching!), the de-clickable aperture ring, and the full-metal hood. Last but not least, it is damn small and can mount "normal" 100mm filters system.

Irix 15mm Firefly is a more "futuristic" lens: a modern design and a lot of nice solutions make this lens a more modern piece of gear. I had the chance to test only the "plastic" model, but even this "entry level" is sturdy, greatly manufactured, and everything is perfect. Small things can make the differences: the little window in the hood, to operate the CPL without problems... or the possibility to use gel filters on the rear of the lens (even if I do not like this approach).

**To summarize: **
Irix 15mm is sharper in the center, but dramatically softer on all the border. Venus is a bit less sharp, but it is absolutely uniform over all the frame
For nightscapes, Irix performs a bit better speaking about coma (if we compare f:2.4 with f:2 that is possible to do with Venus). But at the same time, the images seems to have less contrast.

Which one to choose

It really depends on you: if you are not a Sony owner, you have no choice: Venus Laowa is not available.. ehehe

if you are a Sony owner, probably I would suggest you the Venus Laowa. This because it is a native lens (incredibly small), very sharp, zero distortion, and that can mount cheaper 100mm filters (cheaper compared to the 150mm ones, of course)
Anyway, in my personal opinion the choice should be driven by the filters: if you already have a 150mm filtering kit, than it makes sense to go with Irix... because it is cheaper and a bit sharper (but remember to check the lens for decentration problems, that seem to be very common!). If you do not have already a 150mm filtering system, then the difference in quality is not enough to compensate the effort of an adapter ring, and a full set of expensive (and huge) filters.