Laowa produces 2 different kind of 15mm lenses. Which one better fits your needs? Is it worth to have both of them?

Exactly like many of you, in these days I am "trapped" at home due to the Italian lockdown caused by the Corona Virus outbreak. Staying away from my beloved landscapes is really hard... But I think that it is mandatory to strictly follow the "stay at home" directive.

I decided to use this long period to work on my photography, and find different forms of creativity. Due to the fact that I live near the city center, but with a big field in front of my house, macro photography appeared as the easiest choice.

As a proud owner of a Laowa 15mm lens, and since Laowa is famous especially for its macro lenses, the brand choice was done. But I had to decide between the great 100mm f/2.8 (here) and the 15mm f/4 (here). Hard choice, even because while I am writing this article, Laowa 100mm f/2.8 won the TIPA World Awards 2020 for the best DSLR macro lens!

Anyway, I decided to follow my instinct, and take the 15mm f/4. Why the hell to buy a second 15mm lens, when you already own the 15mm f/2?? This article is absolutely about my choice; I want to tell you the differences between the two, and help you to decide which one to buy (or if to buy the second one, as I did).

The lenses in numbers

I know there are many guys out there with a strong passion for numbers. Honestly I do not like them very much, speaking about lenses... but a serious article shall start with a comparison table. That's it.

From the raw numbers, the difference seems quite little.. but believe me, nothing could be  further from the truth; the lenses have many things in common, but also many important differences that must be understood. Start from what they have in common.

Both of the lenses give immediately a sense of strength and sturdiness; black finished, with smooth focus rings. Both are very light (between 410 and 500 grams) and quite small (the macro one is a bit bigger). Both of them can use "normal" 100x100 square filters, and this is a great plus (front elements are not protruded).

Here we are... the most interesting things.

Speaking about aperture, the D Dreamer 15mm is way faster than its macro sister (f/2 vs f/4). The aperture rings are different too: in the first one, there are hard stops (and a little switch to de-click it), and in the macro one, the aperture ring is only smooth (no clicks).

Last, the lens hoods: in the Macro 15mm it is a quite cheap, plastic hood, while in the other lens even the hood is aluminium-made. Nice touch.

Of course, due to the macro nature of the f/4 lens, also the minimum focus distance is different: with the D-Dreamer you can go quite close to a subject (and thus getting a 1:4 magnification)... But with the macro lens you can nearly touch the subject (4mm!) and get a 1:1 magnification! This is the most important difference, and it is the one that most teased me...  That "Jurassic look" that I could introduce to my beloved landscapes.

Below a 100% crop of a shot of a spider, taken with the 15mm f/2 D-Dreamer. As you can see, it is not possible to go near enough to the subject, while including a good landscape as a background. 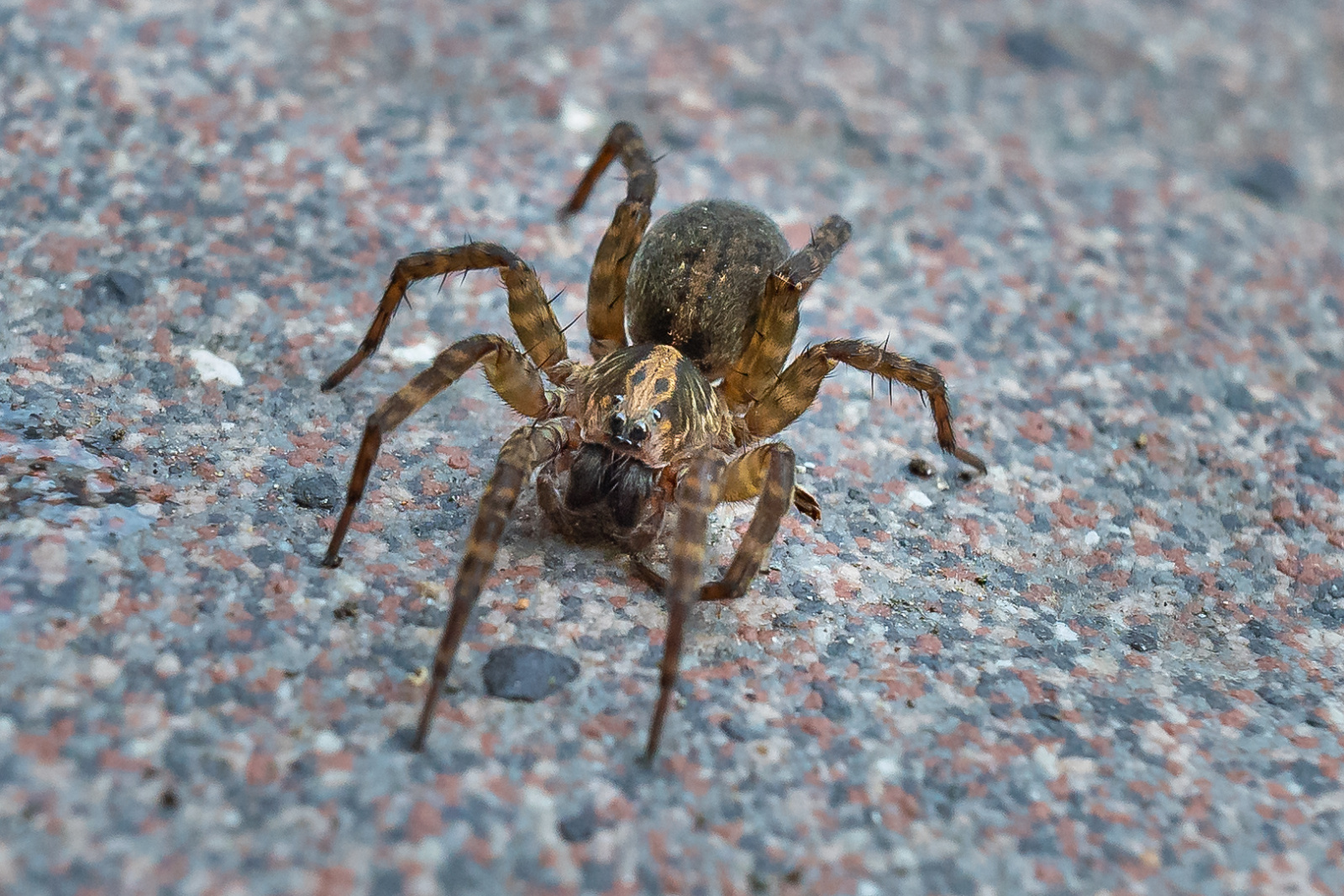 Below the same location (my really messy bookshelf), taken with both the lenses, from exactly the same position.
On the left, the Macro lens. On the right, the D-Dreamer. Both shots are taken at f/11, no lens correction applied. 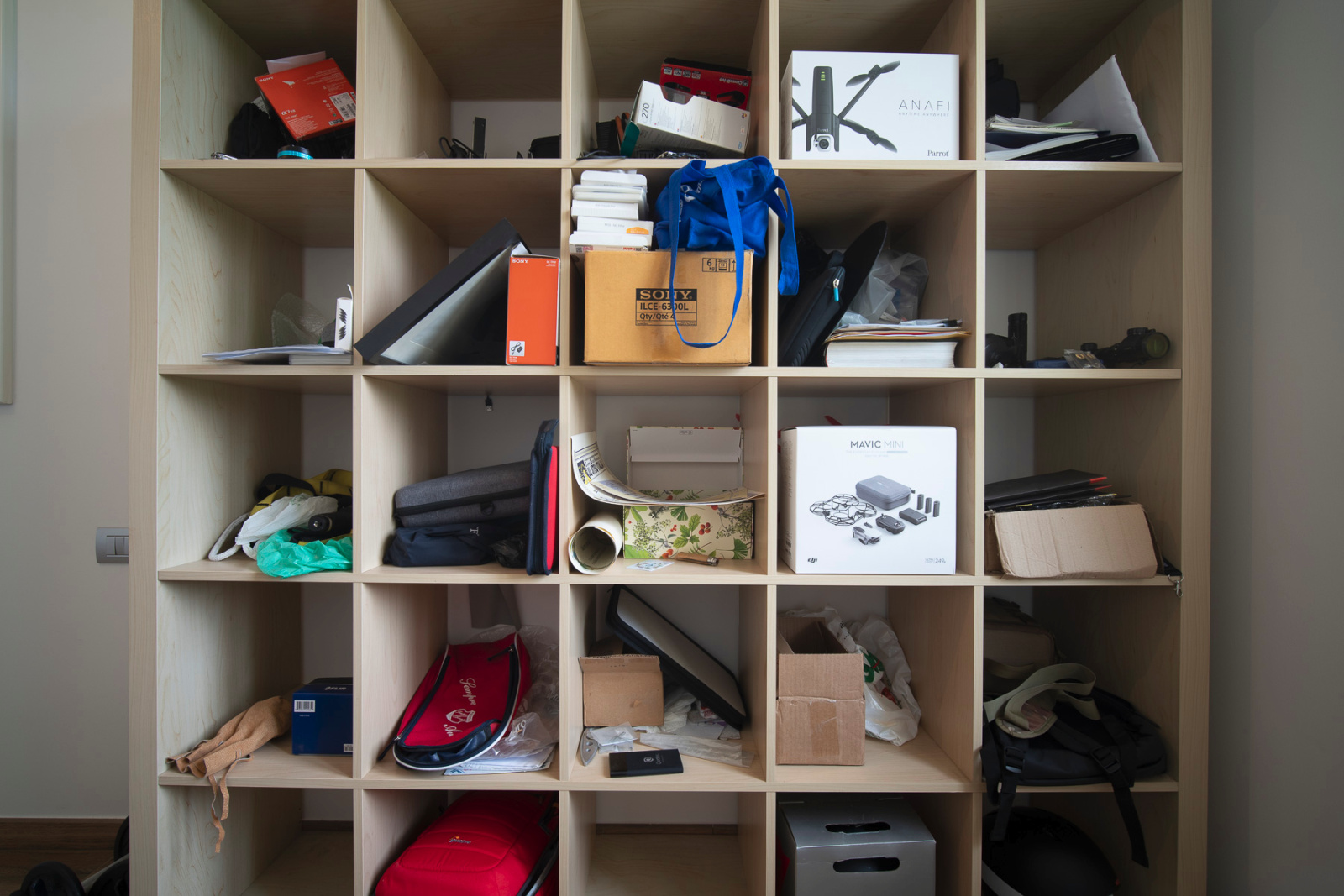 Apart from the incredible mess of my bookshelf, two things are immediately visible:
* the two lenses, on the field, have a slightly different focal length
* the distortion of the macro lens is way more than the other (quite obvious, since its name is "Zero Distortion")

We can do a similar comparison, between 2 shots taken at f/4 VS f/11 (the D-Dreamer lens can go down to f/2, but it does not make sense to compare f/2 with f/4, in my opinion). As before, no lens correction is applied. 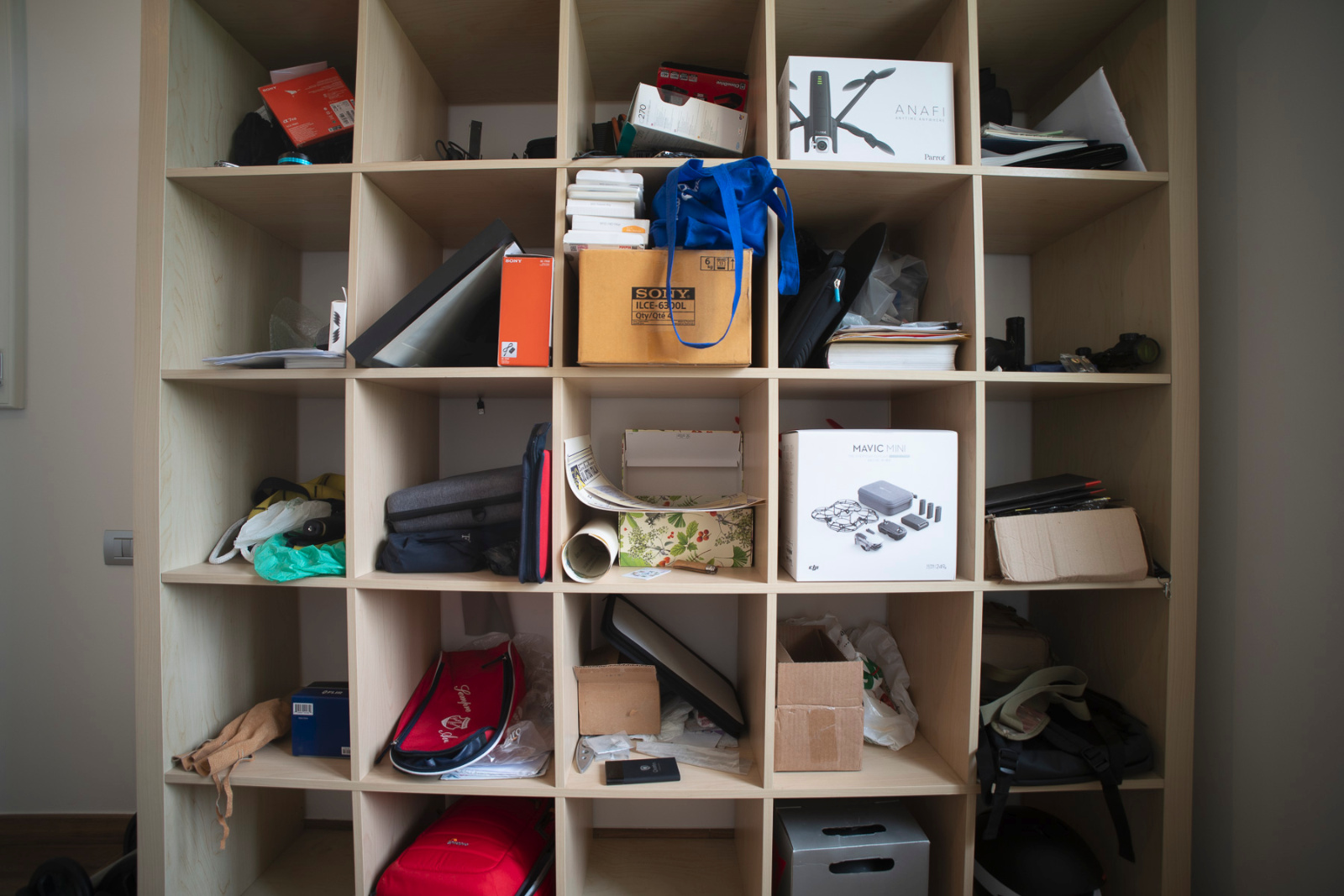 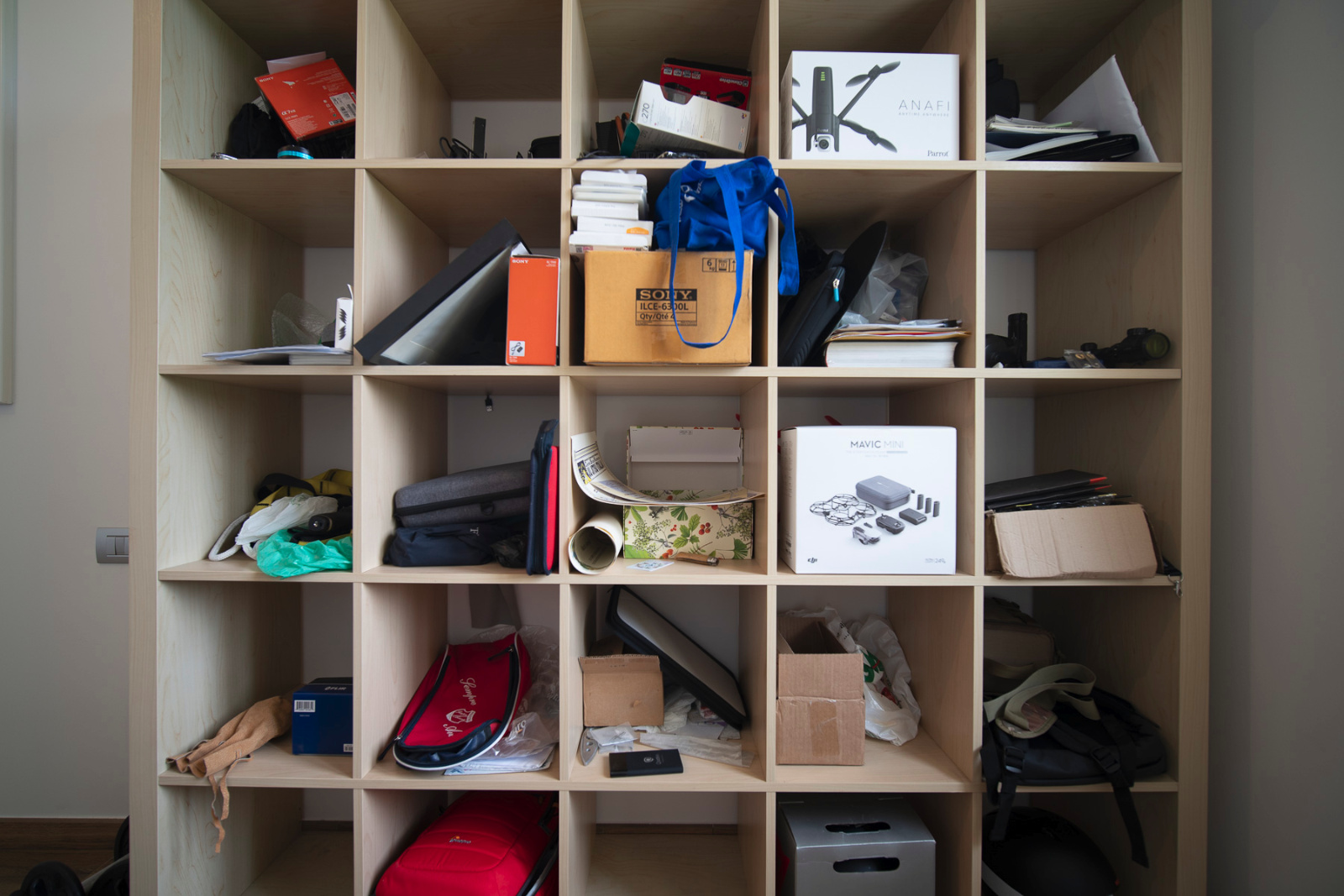 As you can see, the vignetting in the 15mm Macro is evident. Instead, it is nearly absent in the D-Dreamer (but it was quite obvious, since the D-Dreamer at f/4 is already stepped down).

Below, shots cropped at 100%, center of the frame. 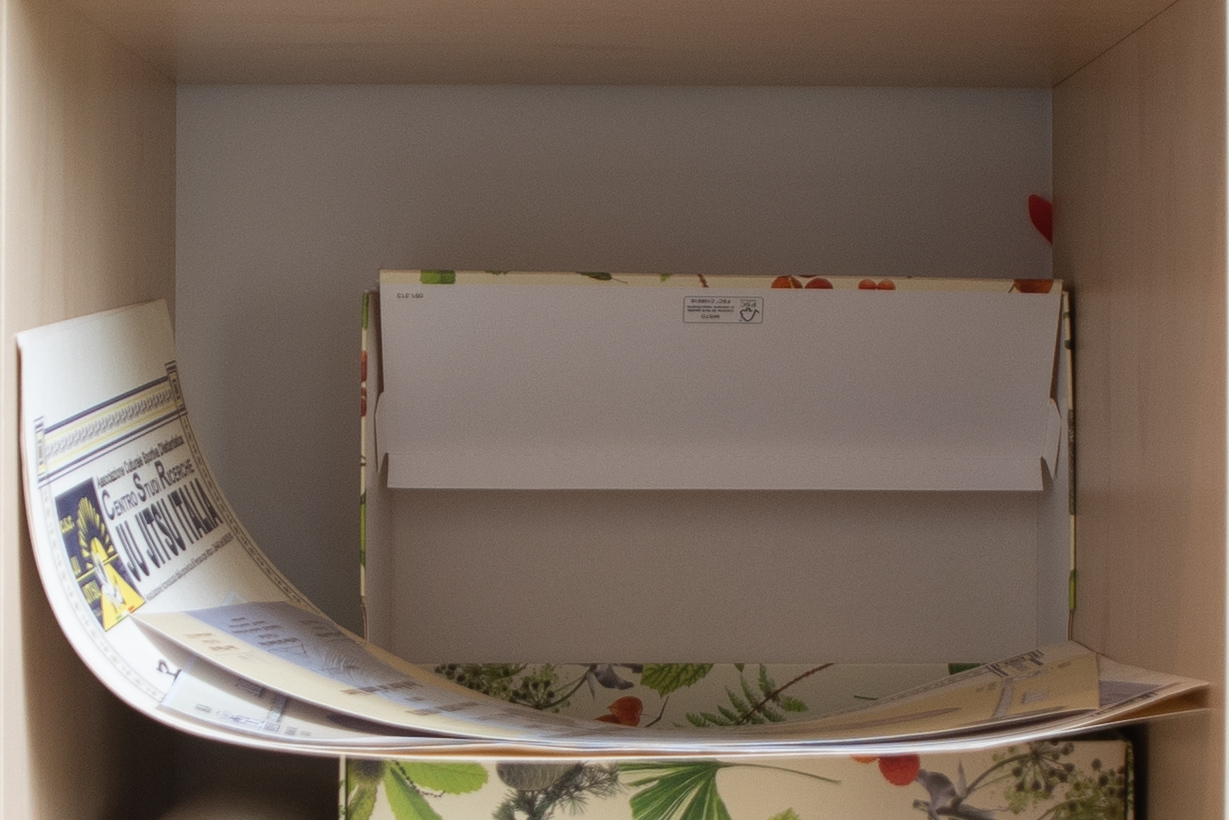 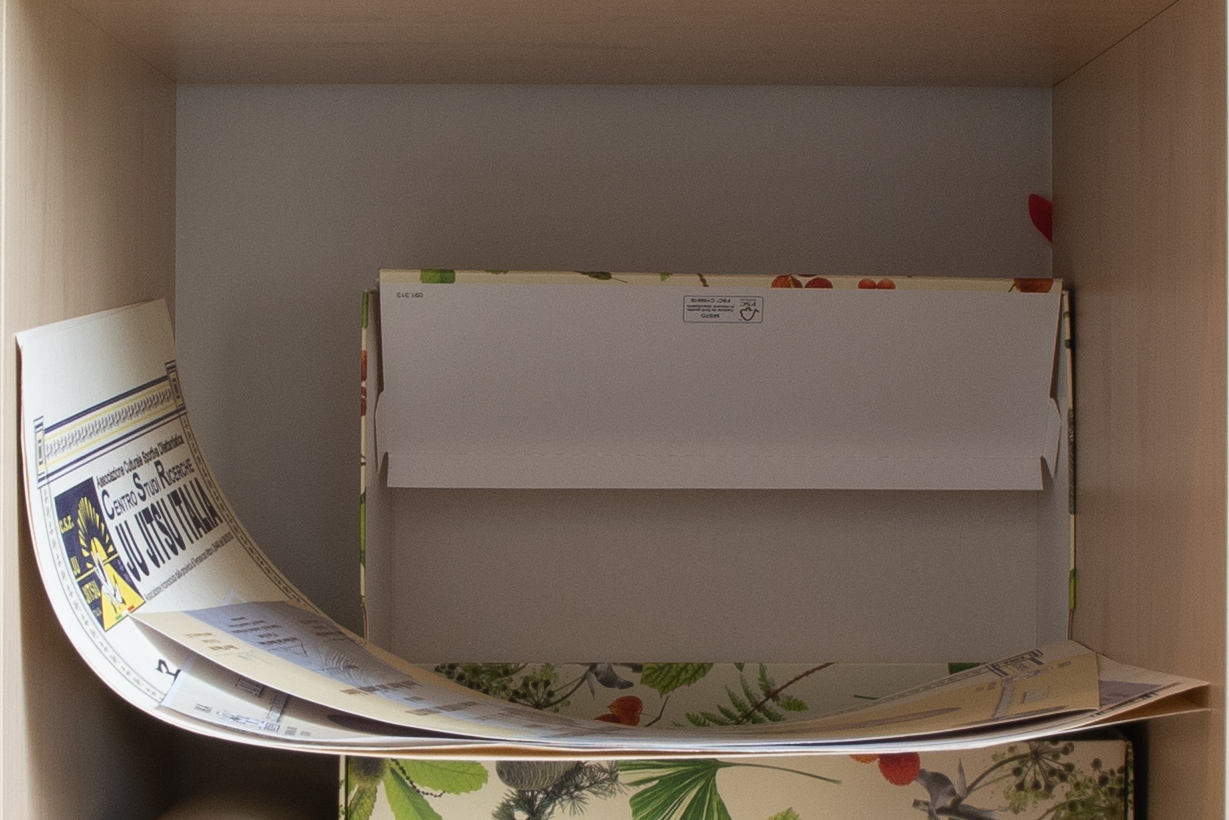 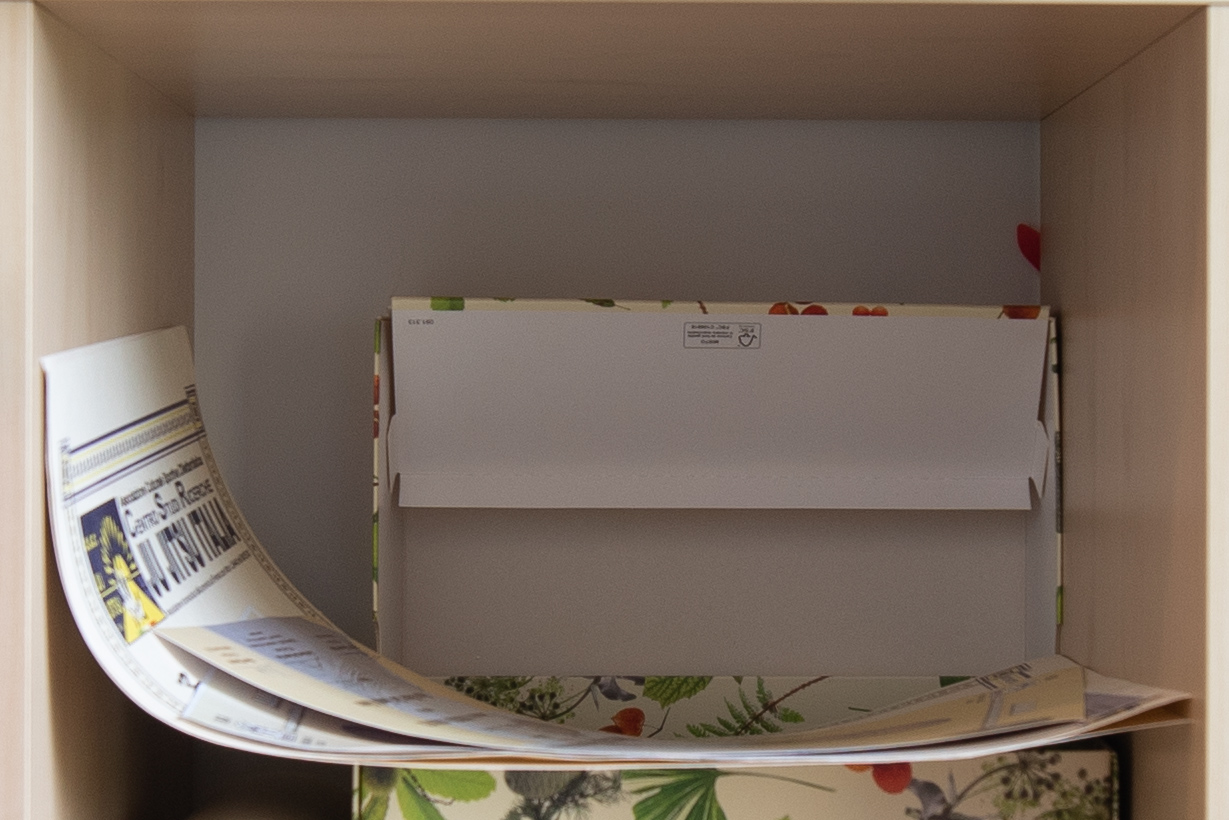 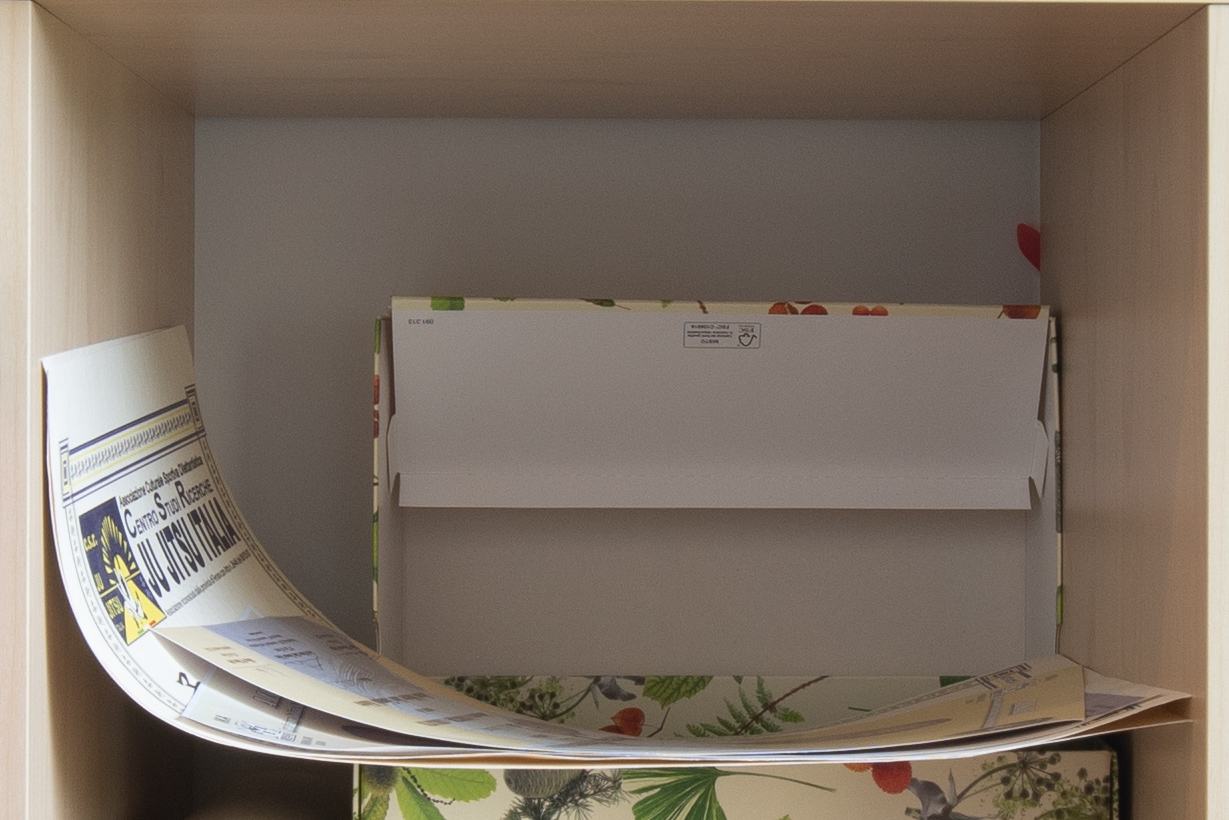 The behavior is more or less identical, as expected.

Coma is a very important optical quality for nightscapes lovers. I think it worth to speak about it, because in the beginning I started using the 15mm D-Dreamer exclusively for nightscapes (funny to admit that now it is probably my most used lens at all!).

I already spoke about coma in 15mm D-Dreamer here: the overall quality is very good, coma is nearly absent in the center of the frame, and (as expected) a bit more present in the corners. It worth to remember that the 15mm D-Dreamer got 4.75 out of 5 in the Lonely Speck review!

Now let's see how the 15mm Macro lens performs in night conditions.
In the gallery there is a shot, taken in my front yard. I'm sorry it is not the best subject at all, but during the lockdown this is all I can do.
Shot details: ISO 1600, 20s, f/4 on a Sony a7R III 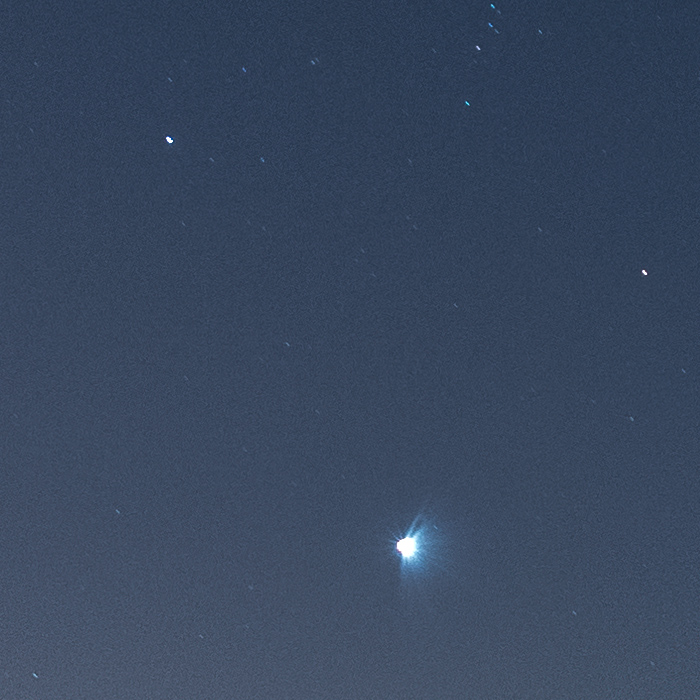 It is possible to see that the coma, even in the center, is strong on the bigger star (not so strong on the smaller ones). Let's see a 100% crop of the same shot, in the top-left corner: 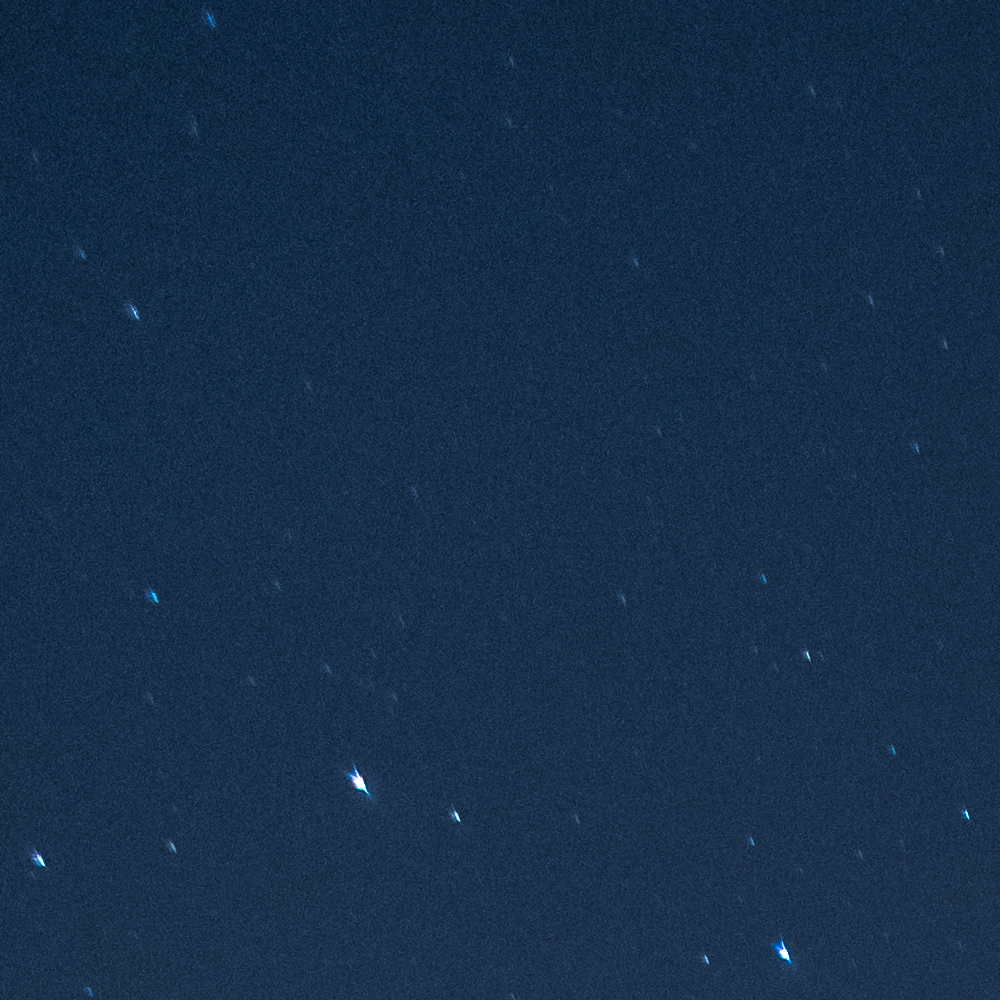 Again, the coma is present (even on smaller stars), and we can see also a bit of distortion.

Even without a comparison shot, it is possible to say that, generally speaking, the 15mm D-Dreamer performs a bit better in nightscape shots.

Apart from the "technical" analysis above, there are some considerations that can be done:
* the D-Dreamer lens is freakin' fast, and (for my personal style of photography) it is absolutely perfect for nightscapes. The f/2 aperture is a must-have, when you want to shoot those great starry skies. On the contrary, the 15mm Macro is a bit too "dark" and slow for nightscapes. Moreover, we saw the differences in coma aberration.
* both the lens can focus relatively close, but (obviously) only the Macro one permits the "Jurassic landscapes".
* the shift feature on the 15mm Macro is great, especially if you plan to use it for cityscapes. Anyway, I cannot say it is a perfect lens for architectural, because it is not easy to "fine set" the shifting mechanism.
* the bokeh is good, but for my personal taste I prefer the one of the D-Dreamer

So... in the end, which of the 15mm lenses from Laowa is the best?
Short answer: the one you need!

My personal opinion: if you want a "all purposes" lens, and you are not 100% macro addicted, probably I would suggest you the D-Dreamer one. The overall quality is great, and you can anyway focus a subject quite close to the camera. Moreover, I prefer the bokeh and the out-of-focus blur of this lens.

But guess what?** I decided to keep both of them**, because I want to be able to experiment new styles.