A quick review of the all-in-one zoom from Sony, and a comparison with the sony zeiss 24-70Z. pros and cons of a versatile zoom lens from Sony

I wrote this article in 2015. When I migrated my personal blog to the new website in 2018, I tried to review all my old posts; for this reason, you will find a section at the bottom of the page with some updates. Sorry, I had no time to add more sample images, but I'm writing here all the impressions about the lenses, after more than 3 years of intense usage.

As a landscape photographer, I always thought the wider, the better. I'm speaking about lenses, of course... ehehe

When I started as a landscape photographer, I was always looking for a wider lens; on my good old NIkon D7000, the Sigma 10-20mm was the very first choice. When I jumped the wall and switched to the full frame technology, the very first thing I did was to look for a Nikon 16-35mm... and after few months, I got also a Samyang 14mm. If I had to choose a single lens to take with me, no doubt about it: a freakin' wide angle!

I have to admit that, during the last months, I had to change my opinions: more and more often I started using my Samyang 85mm... a lens that I originally bought for portraits, but that I found excellent also for landscapes.

When I finally bought the Sony A7r and the native Sony ZA FE 24-70mm f:4 lens, I found that my old Nikon 16-35mm (with an adapter ring) was not used so often anymore.....
I'm not saying that I stopped using ultra wide angle lenses... absolutely! UWA is always my first choice... but I discovered that many times  I need a longer lens for my landscapes. 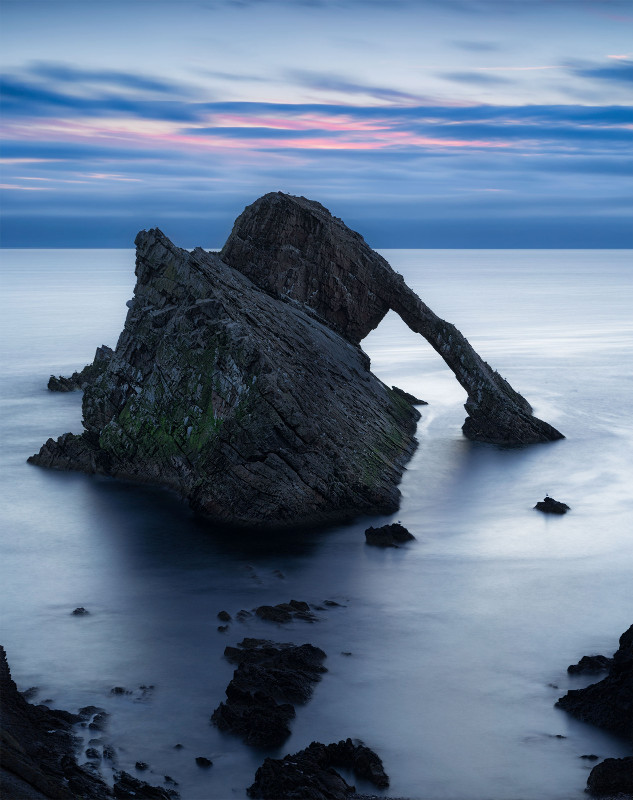 The very first native lens I got with my Sony A7r was Sony FE ZA 24-70mm f:4. To be honest, I am not so happy with this lens; ok, it's sharp, small, optically stabilized, and with a decent autofocus. But for the price, I can't consider it an excellent lens! I mean: it's sharp, but not so sharp (my Nikon 16-35mm is sharper at the edges! The Samyang 85mm is even sharper, both in the center and at the edges, and it's very cheap too!); it's not so small, and the autofocus is good but not excellent (although I have to admit that this could be due to the A7r, not to the lens itself).

F/4 is not bad, but I can't say it is a fast lens.... From a "Zeiss approved" lens, I would have expected a bit more. On the internet there is a strong debate about Sony ZE FA 24-70mm.. many customers love it, others tend to say that it's a good lens, but not as good as the fantastic Sony FE ZA 55mm f:1.8. I heard about some defected models in the early production, but it is a rumor... nothing confirmed.

One important note: for my personal taste, the focus ring is a bit too loosy, and a small turn correspond to la big focus change.. When I have to **focus manually** (my preferred choice for landscape photography), this can be a bit tricky.

As told, it is a good lens: for lanscapes, it is able to produce crispy details (I love to have pictures sharp as a knife!), and you can close down the diaphragm without loosing too much sharpness. Speaking about the chromatic aberration, it is quite low and easily fixable in post production. The same applies to the distorsion: at 24mm the lens tends to distort a bit, but nothing that you cannot fix later very easily. I tested it also for some portraits, and I have to admit that the Sony 24-70mm is able to reproduce marvellous skin tones.

When I read about the Sony 24-240mm f:3.5-6.3 OSS on the internet, I thought "Here we are, again, with a lousy all-in-one lens". I'm not in love with big zoom lenses, because many times the advantages are overwhelmed by the loss in quality they usually bring with them. At the same time, I started to feel the need of a longer lens, to catch details and change my composition a bit. I tested the lens and I've been very impressed by the overall quality...but I decided not to buy it, and wait a bit more. Big big error: I went on my Moray Coast photo tour without it... and I really missed it! wtf....
As soon as I got back, I bought it and I tested a bit more in depth. What can I say? What a good lens!

First of all: it is a bit bigger than 24-70mm, but not as big as I would have expected... good point. The focus ring is PERFECT, no other words to describe it: not too loosy, with a very wide turning range. Considering that the ring is on the camera side (and not on the lens side, as it is in 24-70mm), the lens is freakin' easy to focus in manual mode!

At first glance, the lens seems to be sharper at wider focal lenght, and softer as soon as you zoom in... but it is overall a decent all-in-one zoom.

I decided to take some shots at the same conditions: 24mm @f4, 35mm @f4, 50mm @f5.1, 70mm @f5.1. The idea is to evaluate the overall quality: color fringe, sharpness, colors, etc. I'm expecting differences of course, but I'm here to decide how big they are, and if they could be acceptable if you do not want to buy two different (expensive) lenses. Probably it is a matter of personal taste, but at least we can start from somewhere, to evaluate!

All the files are published without lens corrections or other settings... straight out of the camera.

First of all, it is quite clear that the all-in-one zoom has a **greater distortion** than the Zeiss one, at least at 24mm. The actual lenght seems not exactly the same, too, but the difference is not so heavy.

Even if you zoom in a lot, sharpness seems to be nearly identical in both the images. Maybe a little (verly little) better in the Zeiss image, but really unnoticeable if you do not zoom in 200%. Colors are good (obviously a red brick is not the perfect example of color quality).

So, my personal judgement: in the center of the image, both the lenses perform nearly the same.

Now, let's look at the corners.... probably the most critical area for a lens (expecially a wide angle one).

What a surprise: at 24mm, the Sony 24-240mm seems sharper than the Zeiss one! This sounds a bit incredible... but (lens distorsion apart) the difference in sharpness is quite clear in the white scratches in che center of the image..

So, when we speak about the corners, my personal judgement is that at 24mm Sony 24-240mm performs better then the Sony Zeiss.

(if you want, you can download a full resolution JPG here and here... be careful: huge files!)

In the next days I will publish some portrait shots, taken during a photo shooting entirely done with the Sony a7r and Sony lenses.

After more than 3 years of usage, I have more experience with this pair of lenses. I can add something more to the discussion above.
Sorry, as stated I have no sample pictures, but drop me a comment on Facebook or Instagram, and I'll be more than happy to produce them.

Testing the lenses through all the range, it comes out that the Sony SEL24-70Z is sharper than the 24-240, at 35mm and above. Anyway, the difference in sharpness is noticeable only with high resoltion cameras: I had the opportubity to test both the lenses on a Sony A6000 body (that is "only" a 24MP camera), and the final result is nearly the same. With a Sony A7r (36MP) the difference can be seen.
When we use the all-in-one zoom at 70mm and above, I have no comparisons; but, honeslty, if your target is to share the pictures on internet, or make medium size prints...** the resolution of Sony SEL24-240 is more than acceptable**!
Some guys out there complained about the huge difference between this lens and the Sony 70-200GM, but in my personal opinion it is quite a silly comparison. The GM series is outstanding without any doubts, but we are speaking about a 2.5K$ lens, compared to a all-in-one mid-range zoom. It doesn't make any sense at all!

In these 3 years I took many shots with both the lenses. My opinion is that the Zeiss one outperforms the Sony SEL24-240, when speaking chromatic aberration.
in fact, the second one has more aberration (especially on the purple fringe), and it is not easily fixable in post production (at least, for my personal taste, the fixinglowers the overall quality).

In mirrorless world, when it comes to autofocus matter, the rule is one: the faster, the better.
So I can say that the AF on Sony 24-240 and 24-70 is quite comparable at wide angle lengths; But as soon as we go up, the Zeiss lens performs better. Going even more in the telephoto range, many users complained about inaccurate and slow AF on the Sony 24-240. This is even more true in dim light conditions..
Anyway I have to say that switching to Sony a7R mk2 changed a lot the AF performance...